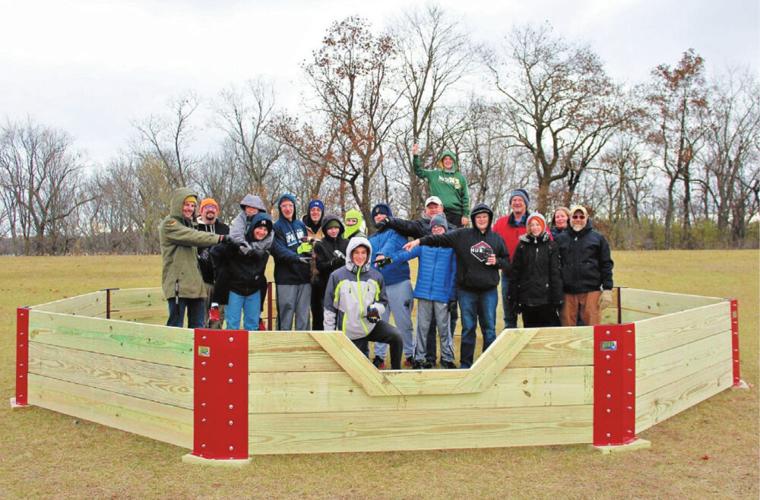 Justin Martinez (middle, on one knee) surrounded by the Boy Scouts and adults who helped him build the Gaga Ball pit for his Eagle Scout project. 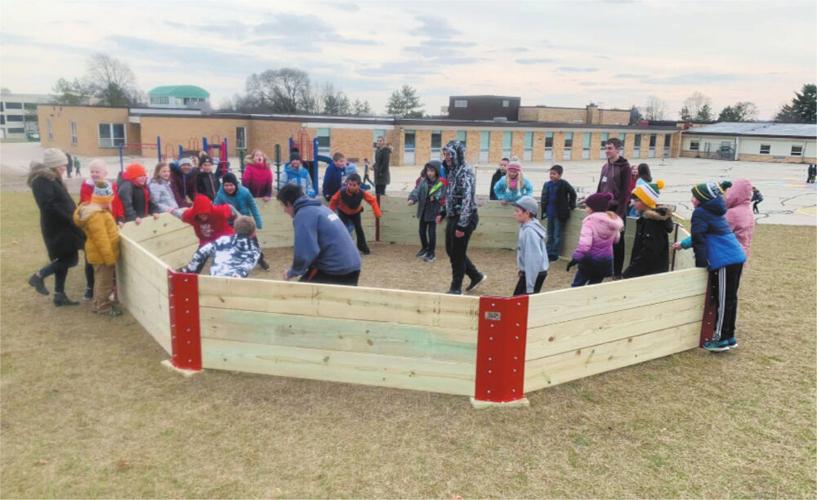 Fair Park students playing Gaga Ball with Justin Martinez and the other Boy Scouts who helped build the pit.

Justin Martinez (middle, on one knee) surrounded by the Boy Scouts and adults who helped him build the Gaga Ball pit for his Eagle Scout project.

Fair Park students playing Gaga Ball with Justin Martinez and the other Boy Scouts who helped build the pit.

WEST BEND — A Gaga Ball pit has opened up at a local elementary school for the second time this week, as Justin Martinez, a West Bend High senior and former Fair Park Elementary School student, built one at his elementary school alma mater.

According to Martinez, who built the Gaga Ball pit for his Eagle Scout project, he had noticed the increase in Gaga Ball pits in the area, a game that is similar to dodgeball, and thought it would be a great addition to Fair Park’s playground.

“I decided to do the project for Fair Park, because I saw a couple Gaga Ball pits coming up in the area. It’s been in the back of my mind, like ‘oh, that would be cool,’” said Martinez. “When I figured I was doing an Eagle Scout project, I figured that Fair Park, of what I know, does not have too much stuff other than kickball and foursquare.”

He added that he thought the school would appreciate the Gaga Ball pit as it would be another activity for kids to do at recess that helps them develop new skills and play new games.

“When I was that young I would have loved to have something like that there that I could play on whenever,” said Martinez.

“We were super excited,” said Fair Park Principal Tristan Hayes. “He had reached out, and it was a huge group, he had a lot of previous students that came and helped. It really was just awesome having people be involved in wanting to share the love with Fair Park.”

In total 11 Scouts and five adults all participated in constructing the Gaga Ball pit for Fair Park, according to Martinez.

According to Hayes, it was pretty natural that this happened, as it was just a great group of kids, a great cause and “the stars aligned to have a great person at the right place at the right time.”

For Hayes, having a former student come and give back to a school like Martinez has is every an educator dreams of.

According to Martinez, being a part of that system of giving back means a lot to him.