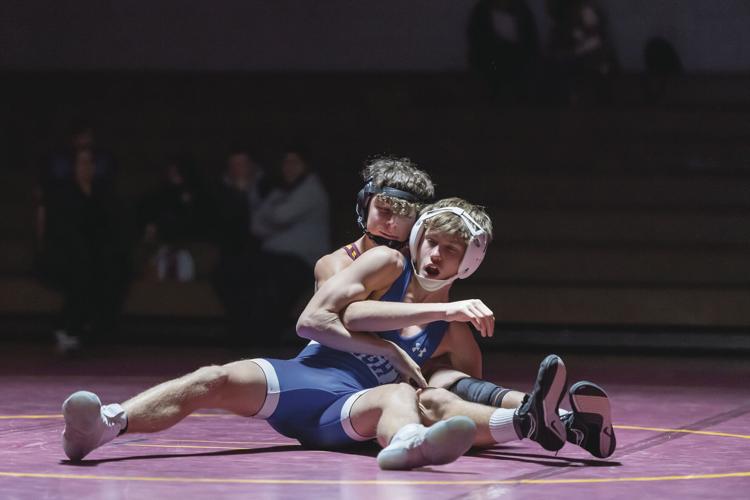 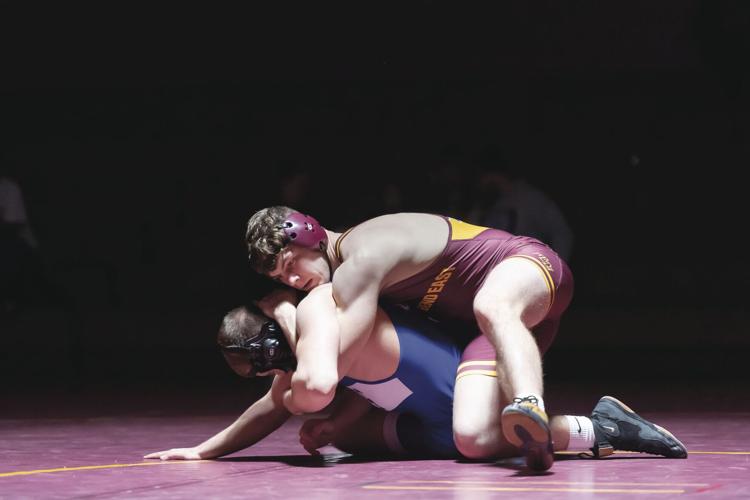 And Gish and East got the season off to a good start Thursday night, as the 182-pound Gish’s pin in 4:09 helped paved the way for the Suns’ 38-36 dual meet win over regional power Oak Creek.

“Things are going pretty well,” said Gish, who was third at 170 pounds in last February’s state test. “We’re all working pretty hard, preparing for the big tourneys that are coming up and hopefully we’ll all be ready to make a big push come February (for another state run).”

Stay up-to-date on all the latest Washington County sports news with a subscription: Click here

Suns’ coach Shane Pionkowski said behind Gish’s leadership the veteran East squad should be much improved in the North Shore Conference and southeastern Wisconsin action this season.

”Kasey is an awesome captain and a great team leader,” said Pionkowski. “He really sets a good example on and off the mat.”

Gish is ranked third in his in the state at 182 by WisconsinGrappler.com. Defending 182 state champ and future conference and WIAA sectional rival for Gish Connor Mirasola of West Bend West is top-ranked in the division. Gish was the Suns’ only state qualifier last season and has compiled an 86-34 career record.

He leads a team that is shedding the youthful tag it had last year as Gish leads seven returnees all of whom qualified for WIAA sectional action last season.

“What’s going to help us this year,” said Coach Pionkowski, “is that we have a lot of upperclassmen this year. Last year, we were very young, mostly underclassmen.”

And against Oak Creek, which qualified for five for state last season, it was a mix of youth and experience that pulled the Suns through to victory.

East started out with a bit of a handicap, as it had to forfeit 106 to the Knights, but quickly got back into the match as Jacob Hillshafer recorded 12-0 major decision at 113.

After falling behind because of a pin at 120, the Suns took early control of the match with straight victories. Junior Ty Trayner got the run off to a good start with a 10-0 major decision at 126, while sophomore 132-pounder Sam Merrill overcame an early deficit to record a stunning pin in just 1:30.

Then Liam Pionkowski turned in an impressive effort to down his man in just 1:56 at 138, as the Suns pulled ahead 20-10.

Coach Pionkowski was very impressed with the effort of Merrill.

“That was a big, big pin for us,” Coach Pionkowski said. “It was a tough match early on, but Sam showed that he should be battling with almost everyone in his class this season.”

But the Knights returned the favor with three straight victories of their own, as at 145 Henschel took an early lead and was tied going into the second period before falling on a pin in 3:25. After an Oak Creek decision at 152 and another pin at 160, the Suns found themselves down 25-20.

Gregor started the East rally with a first period pin (1:36) at 170 and then Gish recorded his stick of Abdula Rhmoun to give the Suns a 32-25 advantage.

“It was good to make weight and get out there and score some points,” said Gish.

But Oak Creek never let the Suns feel comfortable though recording a pin at 195 and when their one returning state qualifier Hunter Jibben moved up to 220 he gave Oak Creek its last lead of the night with a pin of East senior Emerson Orth.

The Knights were ahead 36-32 at that point, but it turned out they had a hole in their line-up too, as they had to forfeit to Suns’ junior 285pounder Steven Henry, a win that gave East the team victory.

“It was a good match, a fun match,” said Coach Pionkowski, “but a little closer than I would have liked.”

The Suns will now head to the powerhouse Slinger Gunslinger Invite on Saturday, Dec. 3 in their first big tourney of the season.

“There are a lot of state qualifiers and champs out there so it should be a good early test for us,” said Coach Pionkowski.

Gish thinks that he and the Suns are ready for that challenge and are aiming for some big goals after it.

“Earning that (state) medal last year really improved my confidence,” he said. “It showed that I could wrestle with the best in the state, made me think I could go out there and win a state title this year.

“We also have really good competition in the (practice) room, a lot of guys are getting better.”