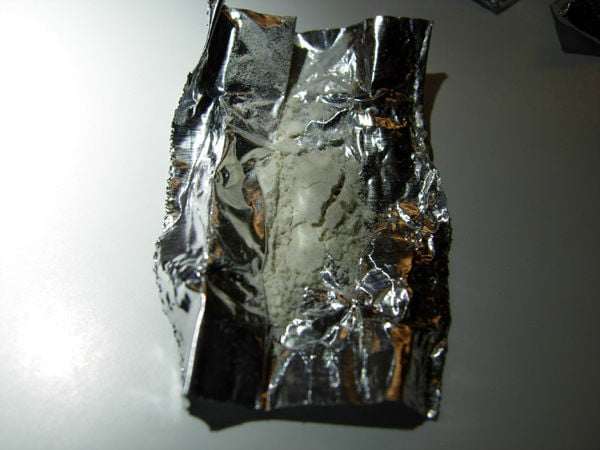 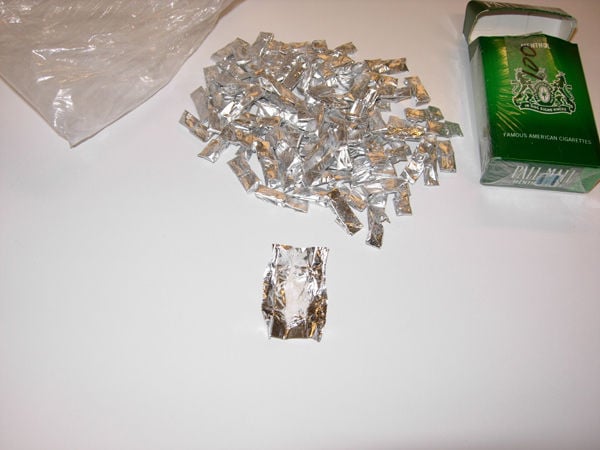 Physicians were plied with plush toys, fishing hats, and CDs with songs like “Get in the Swing with OxyContin.”

They were flown to Sun Belt resorts for national pain management and speaker conferences, the tab picked up by Purdue Pharma, the Connecticut company that had just introduced a powerful new opioid pill on the market named OxyContin.

In the five years after the drug’s launch in 1995, Purdue held 40 conferences and paid for 5,000 physicians, pharmacists and nurses to go, according to a journal article by physician Art Van Zee. The message: Forget fears about prescribing opioids to a more general pain population. This isn’t heroin. This pill has a unique time release mechanism that means it’s not very addictive at all.

OxyContin sales grew from $48 million to $1.1 billion in those years.

Pharmaceutical companies - not just Purdue - spend billions each year on promotion (OxyContin is far from the only opioid on the market - there’s also Vicodin, methadone, and fentanyl, for starters.) But Purdue took marketing to new levels.

The problem is, it wasn’t all true.

“It was devious. It was ruthless. It was just a big lie,” says Peter Jackson, whose daughter, Emily, 18, died after ingesting OxyContin prescribed for an uncle who had passed away of cancer. He now runs a national advocacy group against prescription opioids.

“They were systematically lying to doctors for many years, coming up with bogus graphs and all kinds of things,” said Jackson. “The track record of sales for OxyContin follows directly from that; it just shot up.”

By 2007, three of Purdue’s executives had pleaded guilty to misbranding the drug by understating its addictive properties. They were convicted of criminal misdemeanors and paid a massive fine. But the drug remained on the market.

Purdue is a family-owned Connecticut company, founded by psychiatrist brothers. Sent questions, including one asking about addiction risk (studies are mixed, but many experts consider the drug highly addictive for some patients), the company responded in writing:

“For more than a decade, Purdue has been working with policymakers and health experts to address the risks associated with prescription opioids. We believe the pharmaceutical industry has the responsibility and unique ability to help evolve the analgesic market, which is why we’ve taken a leadership role in developing opioids with abuse-deterrent properties.”

People have used opium in a cruder sense throughout history; morphine, invented to help wounded soldiers, was named after Morpheus, Greek god of dreams, according to History Today.

German scientists working for Bayer, known for aspirin, created heroin (the word “heroisch” means “heroic” in German) from morphine in 1874, trademarking and selling it as a cough suppressant, according to the White House Agency for National Drug Control Policy. Doctors worldwide soon prescribed heroin.

According to History Today, heroin was Bayer’s first “commercial medicine.” By 1928, though, a regulatory era began as Congress banned heroin after murders in New York.

Illegal heroin spiked during the Vietnam War, as anyone who has seen the movie “American Gangster” knows.

These actions gave Purdue’s marketing the legitimacy it needed to many doctors (although some researchers and associations were taking drug company grants).

Then, data started to come in, showing more abuse than expected. Last year, the Centers for Disease Control and Prevention found that over 60 percent of drug overdose deaths now involve pharmaceutical drugs, mostly opioids. Heroin deaths doubled in nine years, according to the CDC.

Medical examiner’s statistics for the last 11 years of Waukesha County overdose deaths show most of the 385 who died had ingested opioid pills. According to the medical examiner:

* In almost 80 percent of drug overdose deaths since 2003, people had opioids in their bodies (heroin or prescription pills), often in combination with other prescription drugs or alcohol. In 21 percent, oxycodone was the opioid found (that’s the drug in OxyContin; however, Purdue Pharma points out that oxycodone, also developed by scientists long ago, is found in many prescription opioids).

* Heroin was found in 55 cases; the peak year was 2012, with 20 deaths. Morphine was found in 74 more cases. Sometimes, because heroin metabolizes so fast, medical examiners only detect morphine. However, sometimes people die from taking morphine. People also died after ingesting opioids like methadone and fentanyl.

There’s a reason those poppies put Dorothy to sleep as she headed to Oz. According to the CDC, overdoses occur because the drugs depress people’s breathing.

Opioids that aren’t heroin still are not controversial for “end-of-life” patients. But Andrew Kolodny, a leading opioid addiction expert, says that wasn’t a big enough market for a “blockbuster” drug - terminal patients won’t be on the drug long. Backs, knees - now those were fair game too. However, some doctors say the term “non-chronic cancer pain” is not easily defined; as anyone whose loved one has suffered from pain knows, it can be truly debilitating; and some cancer patients are in remission and aren’t “end-of-life” either.

The question becomes where and how to find balance - how much risk can and should society tolerate to stop the pain of millions? Should risk be stopped with regulation and limiting access, merely with education (put pills in a lockbox) or a mixture?

The answer depends on which part of the elephant a person sees: If you’re a grieving parent whose child used heroin, you might fall one way; if you’re a doctor with suffering patients, another.

Jackson is frustrated that years after convictions and with public health costs of OxyContin well known (including its heroin link), more hasn’t changed (although in 2010, Purdue reconfigured the pills so they can’t easily be crushed and snorted. The company also stopped selling a higher dosage).

There is evidence the reformulation pushed some pill addicts to use heroin instead. James Bohn, who runs the local DEA office, says people also turned to other forms of oxycodone.

“I was at their sentencing hearing in Virginia in 2007 and we thought, ‘Oh here’s a victory, finally, they’re convicted.’ We thought that would change things, but if you look at the statistics, their sales kept going up, they didn’t take a setback at all,” says Jackson.

Many Americans want opioids for pain. Patients don’t just want their pain controlled, doctors say; they want it eliminated. Their expectations have changed.

“It’s a great drug,” insists UW-Madison pharmacology professor June Dahl of OxyContin. Dahl was one of a few researchers whose pain management advocacy helped relax doctors’ attitudes toward prescribing opioids. “It’s no different than morphine in any real sense,” she says.

David Cleary, who now runs the UW’s Pain & Policy Group, which advocates international and national medical use of opioids for serious pain relief, provided a study showing only 3.6 percent of opioid users try heroin. However, research says 80 percent of heroin users start with opioids; Kolodny thinks there is an even bigger prescription pill crisis.

“OxyContin is continually overprescribed by doctors for people with many types of moderate pain who should never have been given this drug in the first place,” says Jackson. “This widened use can be directly traced to the marketing campaign of Purdue Pharma.”

If Dahl could change one thing, it’s “Purdue’s marketing,” she says. She was one of their speakers; respected researchers she knew were hired by Purdue and were “doing the asking.” Now she feels “possibly used.”

Purdue had marketing down to a science. Drug companies identified physicians with many chronic pain patients and gave a lucrative bonus system to OxyContin sales representatives who reached them, Van Zee wrote, training sales reps to say the addiction risk was 1 percent (Kolodny says it’s about 25, but others say it ranges from below and above that and depends on the patient).

Jackson believes enough attention isn’t given to the Food and Drug Administration, which had the power to stop the drug. The FDA’s small staff size for overseeing promotional materials compounded things, said Van Zee.

The FDA’s response has been to weigh the risks and benefits. Last year, in response to a petition from Kolodny’s group, the FDA ordered changes to extended-release prescription opioids’ labeling to “more effectively communicate the serious risks of misuse, abuse, neonatal opioid withdrawal syndrome (NOWS), addiction, overdose, and death.” But the FDA stopped short of other requests, saying chronic pain is also a public health crisis in America with societal costs.

The law already requires that such prescriptions can’t be refilled; a new one is required. There are also “strict record-keeping and reporting” rules reflecting the “high potential for abuse,” says the FDA. In Wisconsin, there is a new database that allows doctors to track whether patients are “doctor shopping.”

At a public hearing last year, the FDA heard from two groups: Those with lost loved ones who wanted the drugs restricted, and those concerned restrictions would block legitimate pain relief, including some prominent medical associations.

The marketing mattered. Ashley Wazana, a doctor writing in the Journal of the American Medical Association, reviewed 29 scholarly studies, which showed interactions between doctors and pharmaceutical companies started as early as medical school. Most physicians met with reps four times a month.

Interactions with pharmaceutical reps made doctors quicker to prescribe drugs. Although professional societies developed guidelines, many doctors were not aware of them.

“We need to figure out how to put the genie back in the bottle,” Miller says.

The question is how, and to what degree.