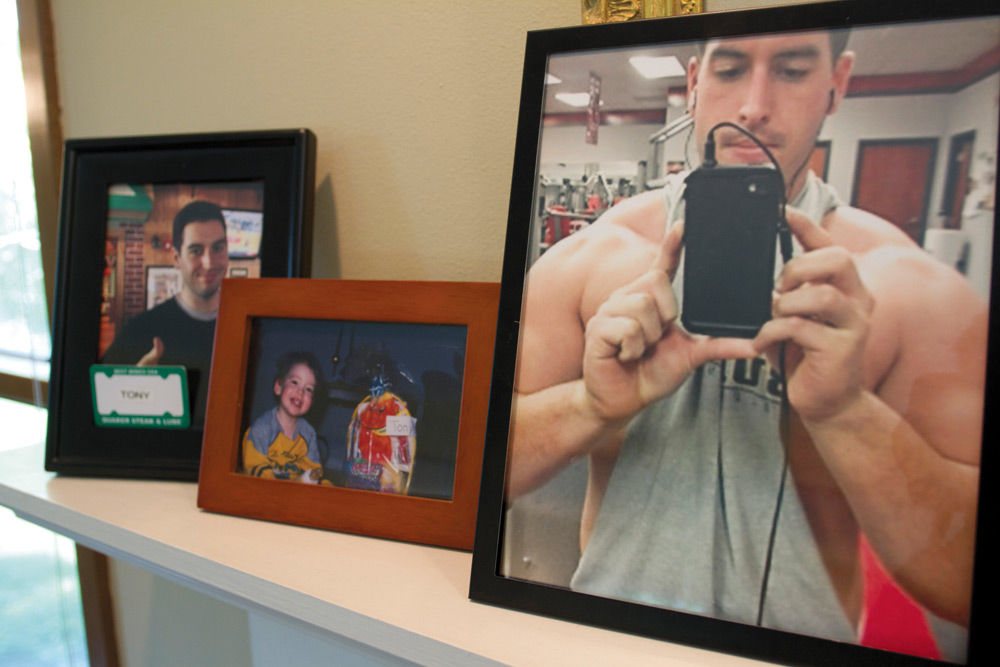 Photos of Tony Pyszczynski in his mother’s Muskego home. 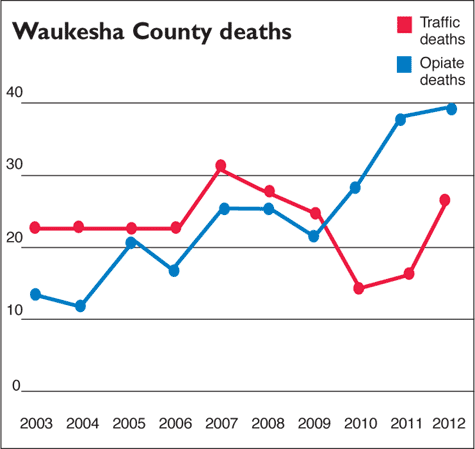 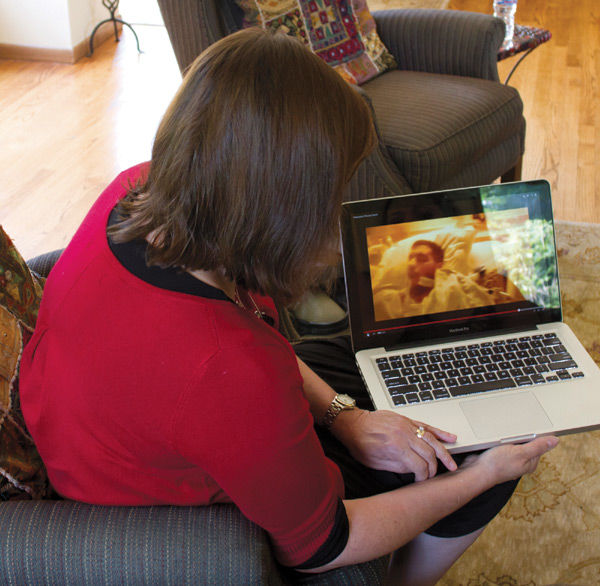 Linda Lenz looks at a video showing her son in the hospital after a drug-induced incident. 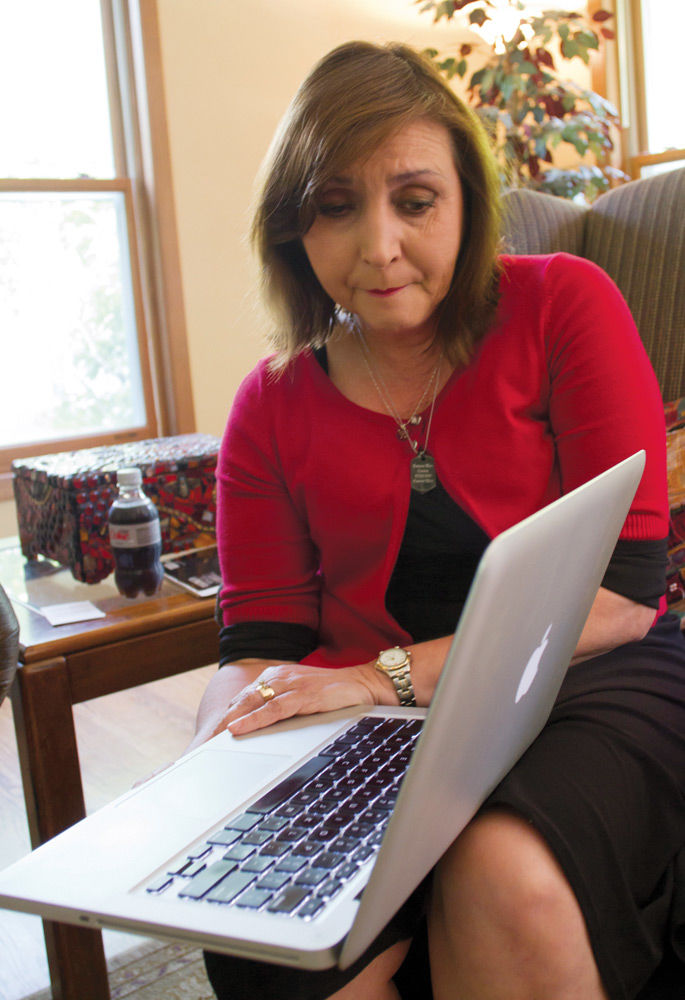 Photos of Tony Pyszczynski in his mother’s Muskego home.

Linda Lenz looks at a video showing her son in the hospital after a drug-induced incident.

WAUKESHA — A lot’s been written about “heroin in the suburbs.” Many reports are episodic: This year’s deaths are increasing, authorities have busted a big ring or another promising young person has died. It’s left pressing questions: How did heroin become so prevalent here in Waukesha County? And why? Drunken driving and domestic violence once monopolized community concern not that long ago. We’re educated. Affluent. We parent our children (well, most do). Heroin conjures up images of 1970s skid rows, not Pewaukee or Muskego. The crisis here happened fast — in less than a decade.

The journey to find answers takes surprising turns, from the University of Wisconsin-Madison to northwestern Mexico. It evokes Fast and Furious, unprecedented marketing by Big Pharma, and university researchers who helped lay the intellectual foundation by launching a national pain movement that changed society and may have unwittingly fueled an epidemic.

It often starts with pills

The mythological poison-breathing serpent Hydra had multiple heads. To properly understand this crisis and its evolution, consider it Hydra: same body, two heads — heroin and opioid pills, such as Vicodin, Percocet, the cheaper painkiller methadone, and the godfather of them all, OxyContin. They are chemically similar, derived from the same poppy plant, and produce the same high (heroin was once legally prescribed 100 years ago.) Opioid pills are the gateway drugs floating around our purses like Tylenol. It almost always starts there.

“There’s a pill problem in Waukesha County,” Capt. Frank McElderry, commander of the Metro Drug Unit, said. “It almost always starts with pills. There are more pills out here than heroin. No one starts with heroin. You can’t talk about heroin without talking about pills.”

Schimel concurs: “I don’t know anyone who started with heroin.”

Parents lock liquor cabinets or mark alcohol bottles but “no one is monitoring or counting the pills,” he added.

Two cohorts use heroin, said Dr. Frank Kolodny, a leading expert on opioids, which refers to drugs — legal prescription pills and illegal heroin — deriving from the poppy. There’s an aging cohort still addicted to heroin from the 1970s in urban areas out east, and, in the last 15 years, a bigger, growing cohort of young suburban and rural users throughout America. Like here.

Our growing use of prescription opioids is the underreported crisis and precursor, he said.

“They are essentially heroin pills.”

Kolodny said the number of heroin users who started with opioid pills would be even higher except it still includes aging men addicted in the ’70s. He thinks it’s 99 percent without them.

Despite their nexus to the heroin problem and their own addictive properties, prescription opioids clearly have a legitimate purpose also, as anyone who has suffered pain knows. This, though, creates a vexing dilemma for society — how to balance competing public health concerns of people’s pain and people’s addiction — and where the line should be drawn when it comes to access. It’s a pendulum that has swung back and forth several times in the past 100 years.

The widespread legal prescribing of opioids for the broader chronic pain population (estimated at 2 million Wisconsinites) — as opposed to terminal cancer patients — is a relatively new thing, dating only to just before 2000.

Now the notion of treating pain has broad support. Gov. Scott Walker recently declared September Pain Awareness Month in Wisconsin, saying, “Chronic pain is the leading cause of lost work days, and costs an estimated $100 billion in lost productivity every year and results in higher health care costs.” A cluster of Wisconsin pain groups for illnesses ranging from arthritis to dementia joined in the pain treatment advocacy.

Chronic pain these days is often treated with an opioid prescription. A recent news report said the Drug Enforcement Administration was tightening regulations on hydrocodone and moving it from a Schedule III to Schedule II drug in recognition of addiction risks and misuse (preventing refills, creating manufacturing quotas, and so on).

It wasn’t always so easy to get opioids for such legitimate but not life-ending pain in Waukesha or the country. Now it is. And that, experts unanimously agree, is the root of the heroin crisis here. People usually start with pills that were legally prescribed for someone else (a parent, grandparent).

A spokesman for OxyContin’s maker points to a Food and Drug Administration letter that calls chronic pain “a serious and growing public health problem” that “contributes greatly to national rates of morbidity, mortality, and disability; and is rising in prevalence.”

But there’s obviously a public health cost too from treating pain so broadly.

Killer on the rise

The epicenter for the epidemic locally is the Waukesha County Metro Drug Unit, where McElderry has mapped drug overdose deaths. They’re spread throughout the county. Medical examiner’s spreadsheets show opioids were found in almost 80 percent of drug overdose victims here since 2003 — either heroin or, more likely, pills (hydrocodone came up in 27 of the 385 deaths, heroin in at least 55, and oxycodone in 80). Most ingested multiple drugs.

But “counting bodies” — as the mother of one victim says — “is the least of it.” More people use heroin than die from it, average age 22.1 (the age for pill use is higher).

“There is no standard person,” said McElderry. “It might be the athlete with the professional family or the welfare family.”

How bad is it? Beds are full at one of the nation’s top four behavioral health centers, Rogers Memorial Hospital in Oconomowoc.

“Alcohol used to be No. 1, but now alcohol and opioids are pretty much tied,” said Dr. Michael Miller, who runs the addiction center there. As with other experts, he talks about heroin and legal opioid pills as if they are almost indistinct. Outpacing alcohol is a tough thing to do in Wisconsin. “Alcohol used to be 5 to 1,” said Miller.

Crime lab cases, heroin offenses? Waukesha is near tops statewide. Deaths? Up since 2003, spiking in 2012 — opioid deaths are now higher than traffic fatalities. Prosecutions? The DA is getting national attention for prosecuting dealers in overdoses.

Most recently, a 17-year-old Oconomowoc High School junior was charged with reckless homicide using the Len Bias law for allegedly supplying the drug to 19-year-old Archie Badura (there have been over 26 such prosecutions here). A cousin who also used heroin remains in critical condition as of this writing.

“One fuels the other,” he said.

Schimel said the problem is “driving everything else, increases in burglaries, retail theft, organized retail theft, identify theft, robberies. It used to be rare to have an armed robbery in Waukesha. Now they’re routine.”

Although county drug overdose deaths dropped in 2013, drugs that can reverse opioid overdoses are more available. Addicts in drug court tell officials they’ve overdosed seven times. So many pills are floating around that sometimes undercover drug cops run out of money.

In Waukesha, “people take their kids to the doctor,” McElderry said. “We are an overprescribed society.”

We raised our kids on Adderall and Flintstones vitamins, and filled our cabinets with opioid pills for knees and backs prescribed by family docs, and then act surprised they don’t think pills are bad. During Nancy Reagan’s “just say no” era, messages were clear: Drugs that weren’t alcohol were bad.

Why would pill users switch to heroin? It’s half as expensive and easier to get. Doctors stop writing prescriptions; parents finally lock down the pill supply. Pill withdrawal is so horrible that driving to Milwaukee’s north side to stick a needle in your arm becomes the better option.

It makes cops’ jobs tougher when dealers are bottles prescribed to parents and grandparents legally (by dentists too). Jack Riley, who runs the DEA’s Chicago’s office, said they stopped the methamphetamine threat here by restricting precursor drugs. In this case, the precursor drugs are legal pills, often prescribed to people who really need them. You don’t find many pill dealers on street corners; bad docs also aren’t the biggest problem, although there are some.

“The market came to the people. There’s wealth here. It was the perfect storm,” said Sheriff’s Inspector Eric Severson, who ran Waukesha’s Metro Drug Unit until 2006.

Lenz talked to Tony about pot and cigarettes. She drew up a “contract” so he wouldn’t drink and drive. But the ground had shifted. Tony, a football player, first took pills at high school parties, like a kid in the ’80s might a glass of beer.

He studied Buddhism and Chinese and liked to watch “Antiques Roadshow.” He made her artwork, and it’s good.

He filled notebooks with agony.

“One bad decision can lead to this,” said Manthy.

He switched to heroin because he couldn’t afford pills. He was found shoeless in a Waukesha street. He went to Rogers. Tony started bodybuilding as if to muscle the monster out. In a last selfie, he doesn’t look much like that high school kid.

He died in a Milwaukee parking lot of a heroin overdose last year, just 23. His mother still has his last text; “I know. Love u too.” She was at Mayfair when an officer showed up with Tony’s phone.

Lenz is passionate and mobilized. Officials all know her. It’s hard to know whether Muskego has a bigger problem or just has Lenz to highlight it (Waukesha records the most overdose deaths, followed by Menomonee Falls). She videotapes survivors and runs a group, Stop Heroin Now.

“There are 20 houses with addicts in the four-mile radius around my house, at least,” she says. “Every heroin addict I know started with pills. Every one of them.”

But why are there so many pills now? The answer might surprise you.