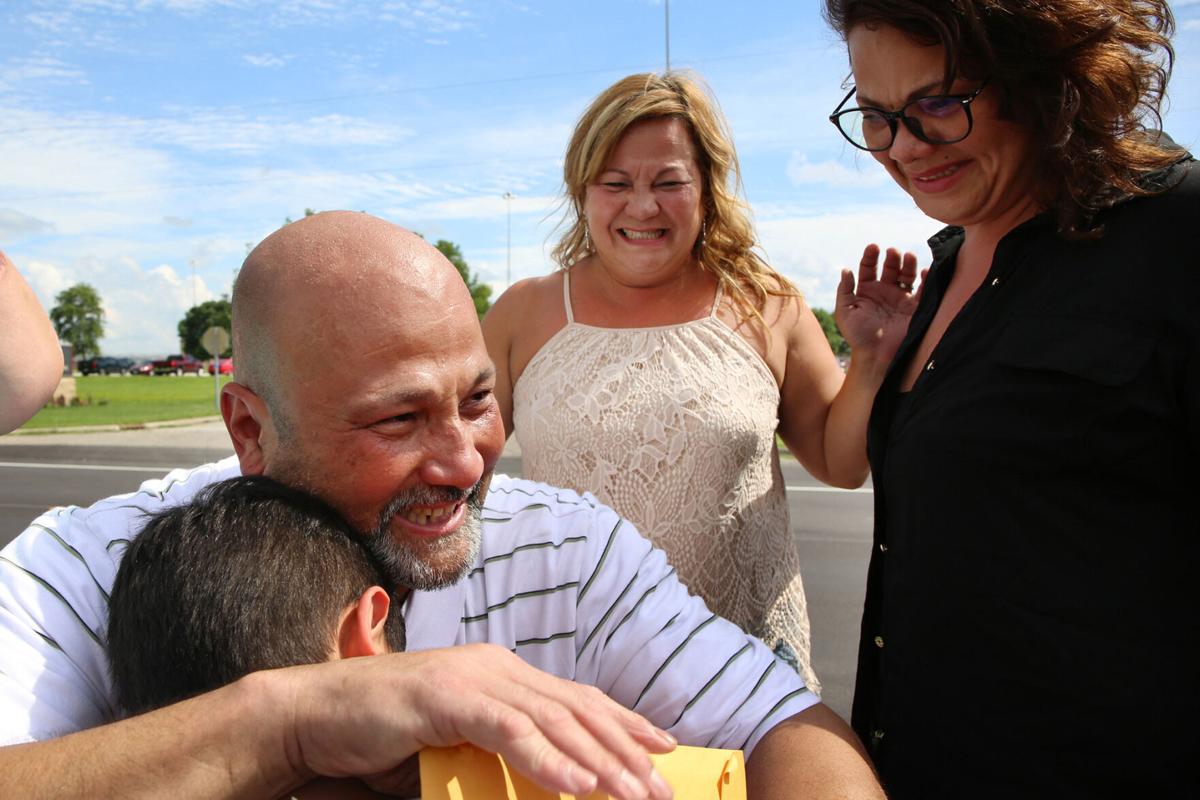 Jose Montanez hugs his nephew, Aiden Vazquez, while his sisters, Carmen Vazquez, middle, and Norma Montanez, right, look on after he was released from Danville Correctional Center on July 20, 2016. Montanez was wrongfully convicted for fatally shooting Rodrigo Vargas and served 23 years in prison. (Stacey Wescott/Chicago Tribune/TNS) 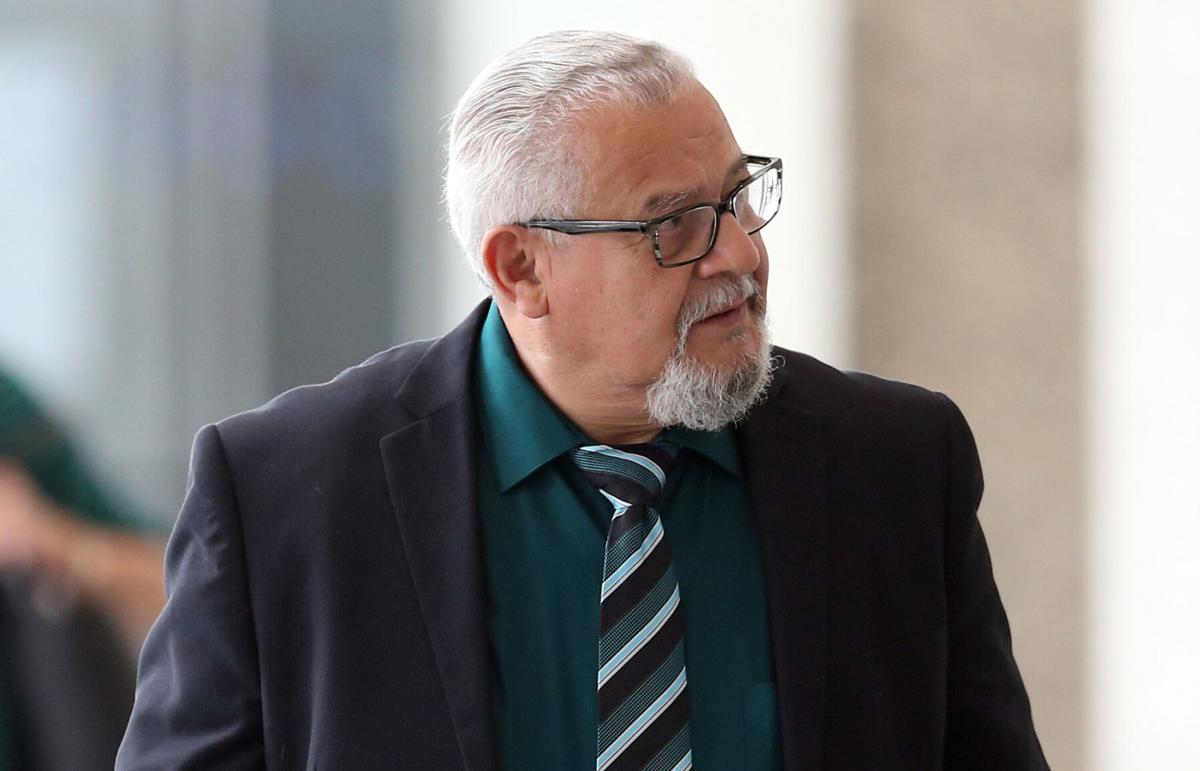 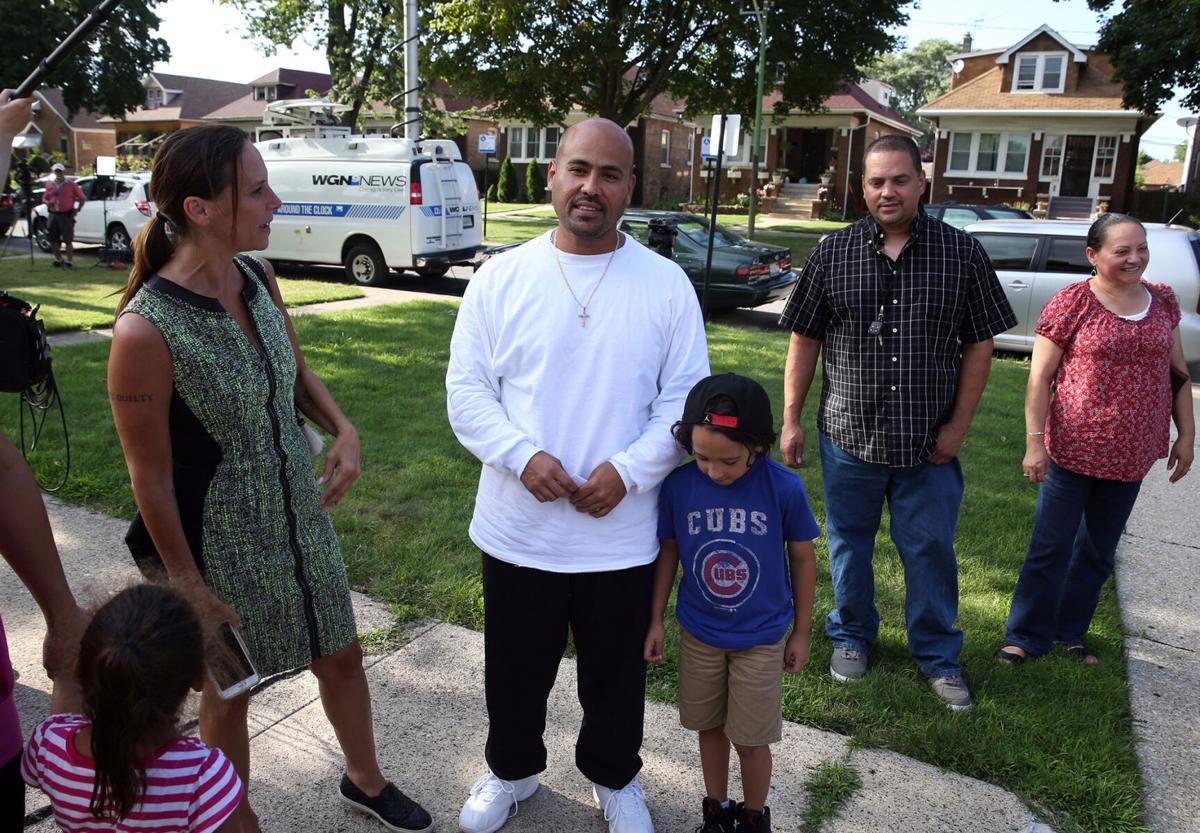 Jose Montanez hugs his nephew, Aiden Vazquez, while his sisters, Carmen Vazquez, middle, and Norma Montanez, right, look on after he was released from Danville Correctional Center on July 20, 2016. Montanez was wrongfully convicted for fatally shooting Rodrigo Vargas and served 23 years in prison. (Stacey Wescott/Chicago Tribune/TNS)

CHICAGO — Two men will share a $20.5 million settlement of a lawsuit alleging a former Chicago police detective framed them for a 1993 murder — the latest case involving the notorious detective to unravel amid questions about his conduct.

Tuesday, the Chicago City Council approved the eight-figure payment to Armando Serrano and Jose Montanez in their federal suit against the city and retired Detective Reynaldo Guevara.

Each plaintiff is in line for $10.25 million. The council’s approval of the deal means the city has now spent nearly $60 million for lawsuits alleging wrongful convictions connected to Guevara.

Montanez and Serrano were convicted in the fatal shooting of Rodrigo Vargas in his van as he left his Humboldt Park apartment for work.

They were found guilty on the testimony of a heroin addict who was facing felony charges and allegedly told Guevara the two men had confessed to the Vargas murder. But in 2004, the man recanted his testimony, saying Guevara fed him the story.

Guevara had not consented to testify in the lawsuit, city lawyer Jeff Levine said Monday, so the witness’ version would not be challenged by that of the former detective if the case went to trial.

Guevara has come under fire over dozens of allegations that he bullied witnesses and framed innocent people in dozens of cases.

In 2009, Juan Johnson won a $21 million verdict in his wrongful conviction lawsuit against Guevara, who Johnson alleged framed him for a 1989 murder.

In 2018, a jury awarded more than $17 million to Jacques Rivera for his wrongful conviction after he said Guevara and two other detectives framed him for a 1988 murder on Chicago’s West Side.

The previous year, prosecutors dropped the case against Gabriel Solache and Arturo Reyes, who’d been convicted in a 1998 killing, after Judge James Obbish discredited Guevara’s testimony and threw out the convictions. The retired detective had repeatedly said on the witness stand that he didn’t recall details of the investigation but the judge called his testimony “baldfaced lies.”

“(Guevara) has now eliminated the possibility of being considered a credible witness in any proceeding,” Obbish said. “It’s a troubling day.”

A Cook County judge also tossed charges against Roberto Almodovar and William Negron, who’d been convicted in 1995 of a double homicide on the strength of witness testimony obtained in part by Guevara.

Guevara has repeatedly invoked his Fifth Amendment right against self-incrimination when questioned about the accusations against him.

But at least 18 men whose cases were tied to alleged misconduct by Guevara — some of whom served decades in prison — have had their convictions thrown out. An alleged corruption racket in the predominantly Latino West Side neighborhoods where Guevara worked included claims of trumped up murder charges, drug dealer shakedowns and monetary payoffs to alter the outcome of police lineups.

Also Monday, the committee held off voting on a separate $425,000 proposed settlement for Dejuan Harris, who was shot by an officer in 2016 after, according to a police account, he pointed a gun at them. Harris said he only threw away a gun as he fled police after they pulled over a car in which he was a passenger.

Several aldermen said they doubted Harris’ version of events, and the city should stop rewarding people with sizable payments for bad behavior.