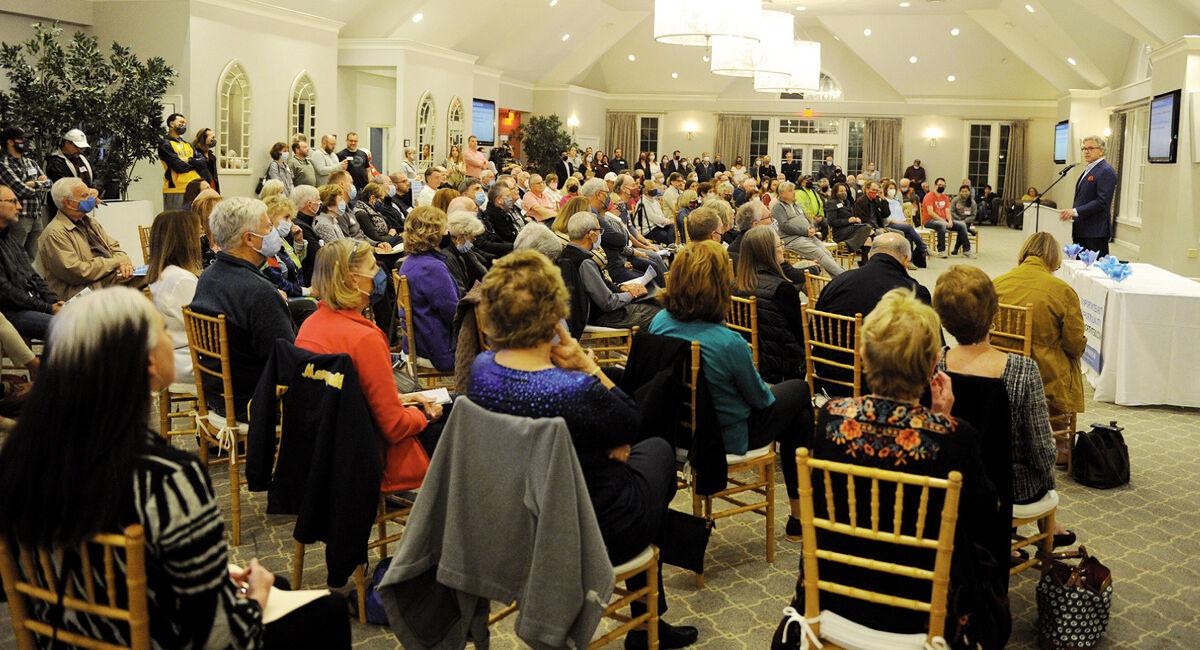 Emcee Jack Rooney greets the crowd attending the voter forum at Shully’s in Thiensville on Monday. 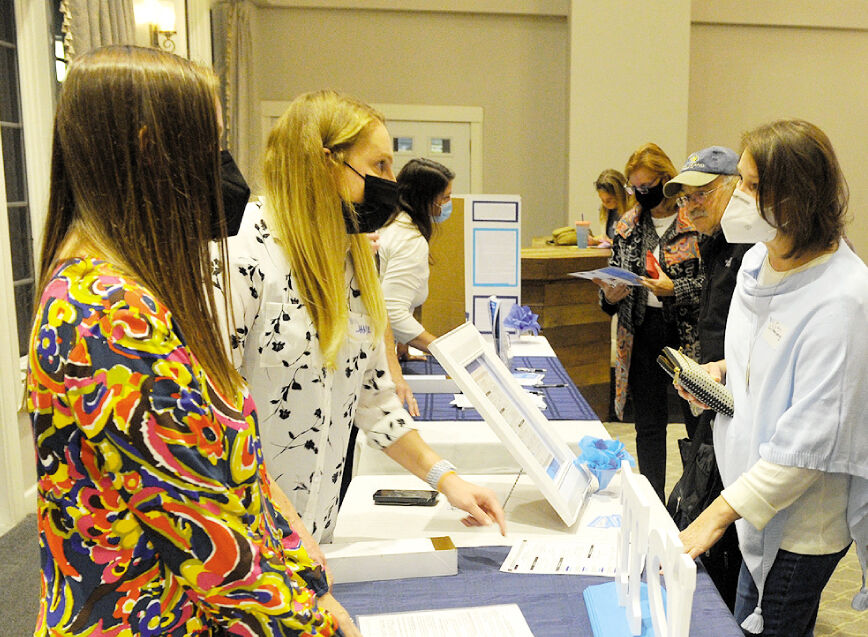 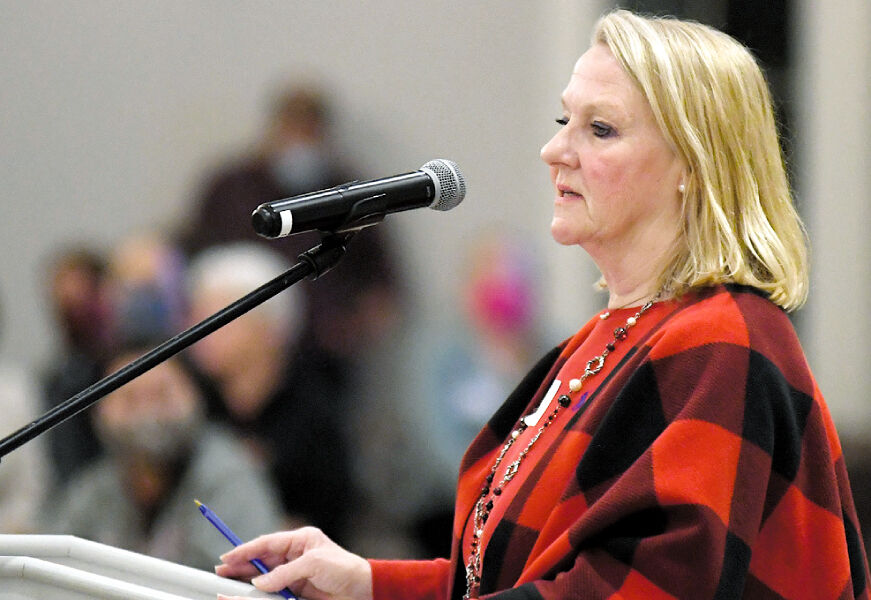 Incumbent candidate Wendy Francour introduces herself and explains her position and principles while serving on the School Board. 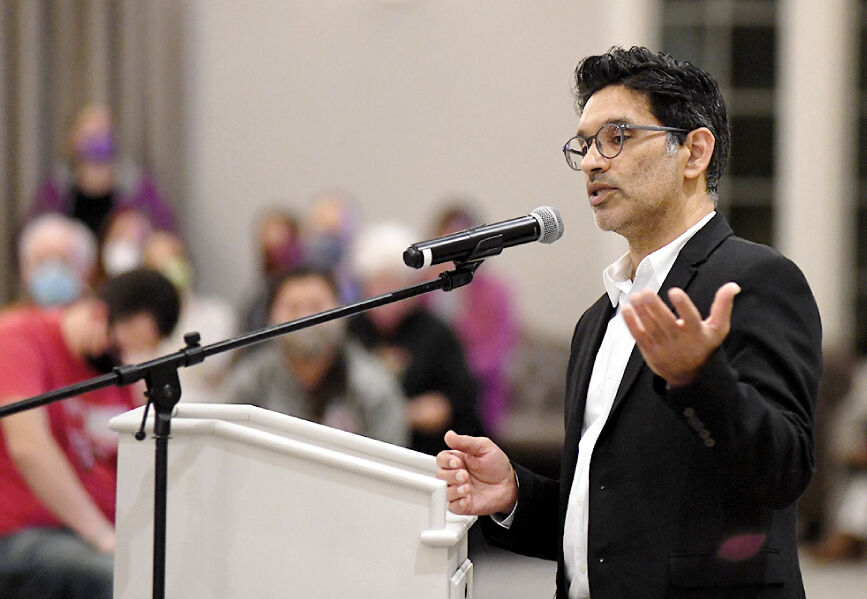 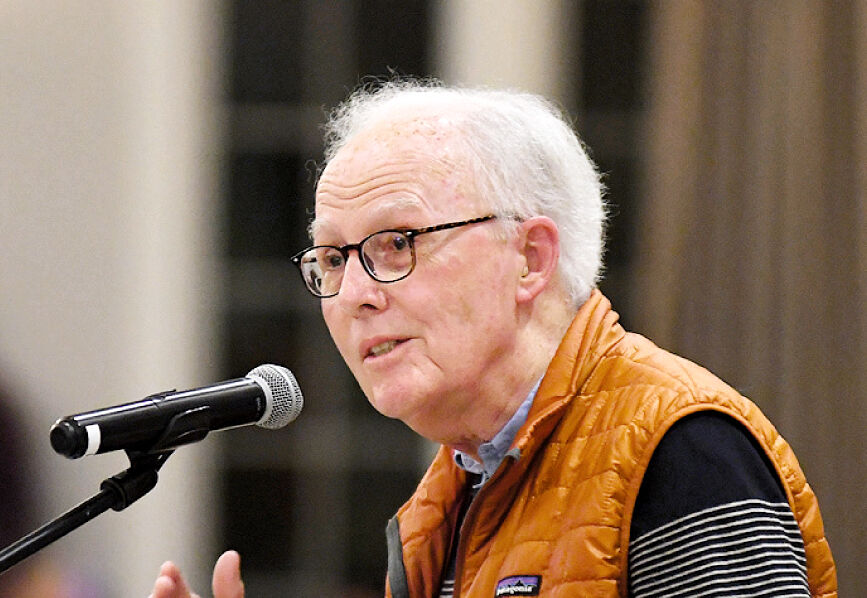 Emcee Jack Rooney greets the crowd attending the voter forum at Shully’s in Thiensville on Monday.

Incumbent candidate Wendy Francour introduces herself and explains her position and principles while serving on the School Board.

It’s not unlike the motives behind an effort underway to unseat four members of the Mequon-Thiensville School Board for decisions they made in the midst of a pandemic, said Thiensville community leader John Treffert.

Treffert was one of six speakers at a meet-and-greet held at Shully’s Events and Cuisine Monday to support the four board members: Wendy Francour, Erik Hollander, Akram Khan and Chris Schultz. It was hosted by the Coalition to Support MTSD. The four are on the ballot for a special recall election to be held Nov. 2 after parents upset with board leadership gathered more than 4,200 signatures for each incumbent, prompting the election.

The four will be challenged on the ballot by Cheryle Rebholz, Charles Lorenz, Kris Kittell and Scarlett Johnson.

The recall group, calling itself Restore MTSD, was motivated to act after the School Board began the first four days of the 2020-21 school year online. Organizers also say the district is seeing declining academic performance and enrollment as spending increases.

Monday’s speakers included Treffert, two teachers, a former MTSD superintendent, an MTSD Foundation Board member and a former School Board president. They spoke about the role of the School Board, the truth behind the test scores and the district’s commitment to uphold its statewide reputation for excellence, among other topics.

The estimated 270 attendees also heard from Francour, Hollander and Khan. Schultz could not attend because of illness. The incumbents were mindful of not violating open meetings laws, which prohibit sitting board members from gathering outside of board meetings. Only two board members were in the meeting room at a time, with the third rotated outside or into a back room while the other two spoke.

Khan said he never expected to find himself in this position, but said that even when the schools abruptly shuttered in March 2020, plans for academic recovery were already underway at MTSD and are ongoing and continually measured. He said he is proud and humbled to be part of a community of strong leaders and committed parents.

“We are here to listen, and we do. We are doing everything in our purview to be able to address that,” Khan said. “The district is a big ship to navigate and it doesn’t happen overnight, but it needs work within boundaries that are set by the policy, and we have to oblige and we have to follow.”

Francour told the supporters that her father taught her that there is no such thing as a problem, as long as you can talk about it. She said she is an active, engaged listener who loves hearing from the community. She said she places a high value on ethics, integrity and honesty.

Francour said she believes the district is providing great results for students, because parents, teachers, the community, the administration and the board all support excellent education. She said that, yes, there are opportunities for growth.

“Nothing makes me happier than to see a room full of community members who are here because we all care about our kids,” she said. “We all need to make sure they are getting the very best education.”

Hollander, whose background is in health care administration, talked about his passion for education. Now an assistant professor of business and the director of strategic growth and business development at Concordia University Wisconsin, Hollander said education was a calling for him.

“One of the best parts of being an educator … is the opportunity to teach somebody, to let them walk in a room, know nothing about themselves, watch them grow, watch them flourish, take on challenges, overcome them,” Hollander said.

He said he joined the board to be a part of something great and didn’t want to sit on the sidelines. He said the district is committed to high standards and those who aren’t, are prone to mediocrity.

Hollander said he will stay involved in MTSD, whatever that capacity is.

The incumbents as well as the speakers all said that the views of those who signed the recall petition should not be ignored.

But she said that they must work together as a community.

“We need to combat the normalization of an ‘us-versus- them’ approach to progress,” she said.

Many of the speakers addressed claims that student performance has slipped in recent years.

Jack Rooney, an emeritus member of the MT Education Foundation Board of Directors, served as the emcee for the event and said there is much-needed context to the discussions about student performance.

Francour also discussed the milestones, saying that when 56% of students meet a benchmark, it doesn’t mean that 56% of kids are proficient in a subject, it is that 56% have met the very rigorous benchmark that the district set for itself.

“It means that 56% of our kids are achieving at a higher level than 70% of the kids in the nation,” she said.

She said ACT scores have dipped because of a 2015 mandate that all high school juniors take the ACT. She also said that the last time the Wisconsin Department of Public Instruction issued state report cards, Mequon ranked second in the state.

The speakers also addressed the recall group’s claims that School Board members abdicated their authority to MTSD Superintendent Matthew Joynt.

Former School Board President Peter Stone said that board members are policy- makers who hire the superintendent and evaluate his performance, but they “don’t micromanage the day-to-day operations.” If they did, the district would never be able to attract qualified superintendents, he said.

Stone and others wondered why critics didn’t wait until the spring election to try and unseat the board members and said the recall is costing the district a lot of money that could have been spent on students.

He also said that by statute, school boards are nonpartisan, yet outside political forces are making local education issues more divisive.

“Do we really want our local school board to look like Congress?” Stone asked.

Inform MT has links to two videos of the forum on its Facebook page, https://www.facebook.com/informmt/.

MADISON, Wis. — Former Lt. Gov. Rebecca Kleefisch commented on threats against school board members, saying recently that she would "love” for those targeted with anger during the pandemic to have experienced what she and former Gov. Scott Walker did during the Act 10 union protests a decade ago.

A district in decline, or one of the best in the state?

MEQUON — A lot of numbers have been thrown out for consumption about the academic performance of students in the Mequon-Thiensville School District.

PORT WASHINGTON — A Cedarburg-based group that provides a forum for discussion and action on racial issues has filed a defamation lawsuit against a candidate for today’s Mequon-Thiensville School Board special election.