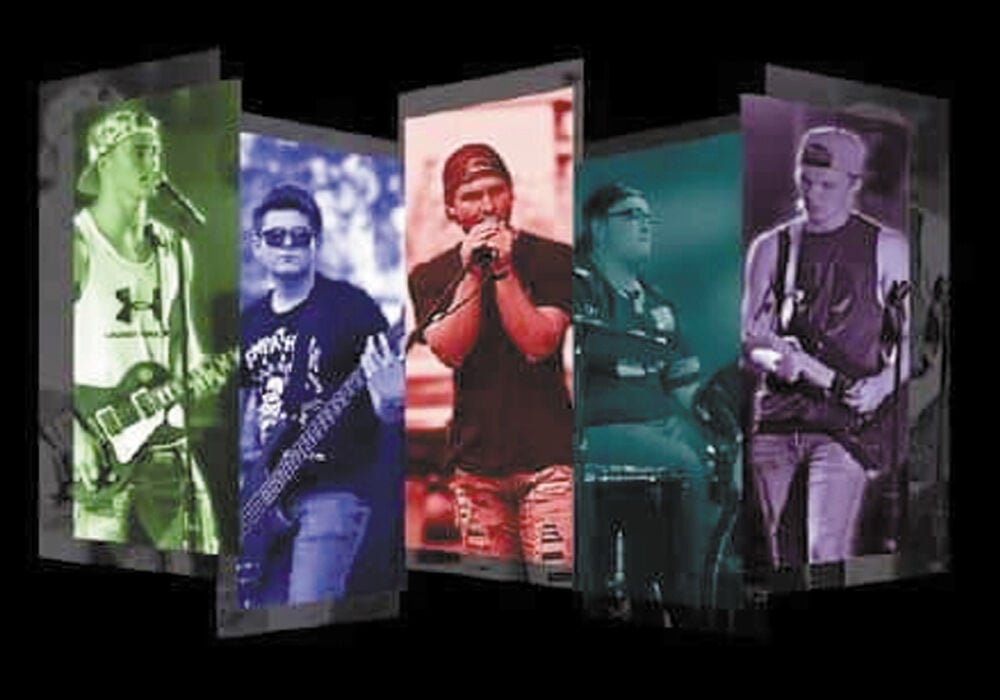 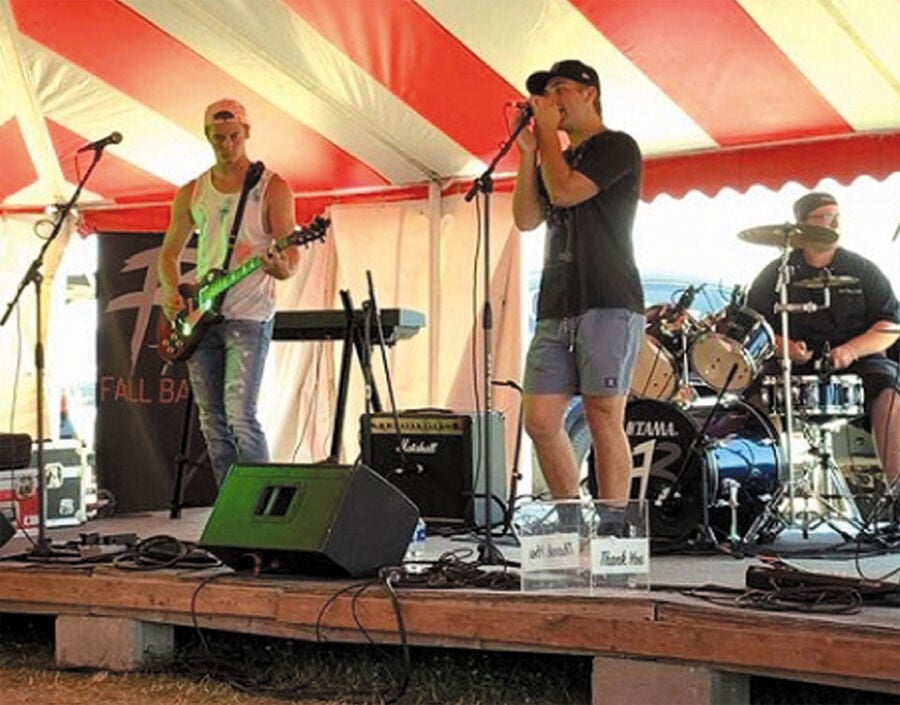 Michael Prasch, left, Jotham Higginbottom, center, and Collin McCabe play the Why Go By Stage at the Washington County Fair. The band has been gaining traction around local venues and bars. 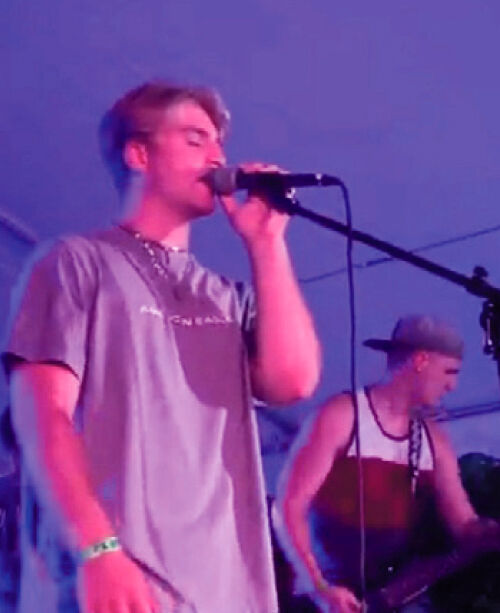 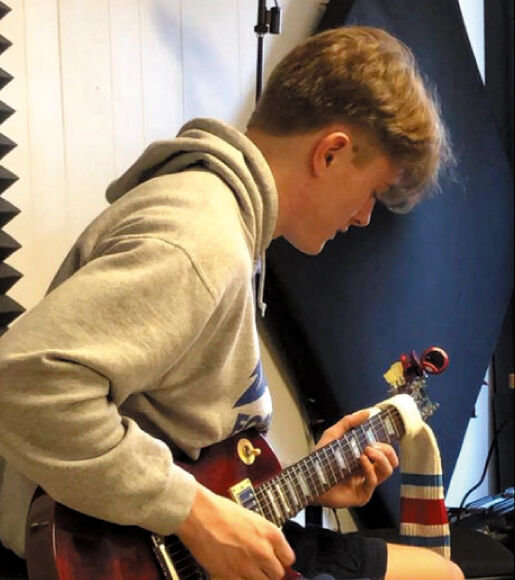 Michael Prasch works on new music at Cherry Pit Studios. The band has one single available and is releasing a second on Thursday.

Michael Prasch, left, Jotham Higginbottom, center, and Collin McCabe play the Why Go By Stage at the Washington County Fair. The band has been gaining traction around local venues and bars.

Michael Prasch works on new music at Cherry Pit Studios. The band has one single available and is releasing a second on Thursday.

WEST BEND — After its members met by chance through the West Bend Music Academy four years ago, FallBack, a modern rock-punk-pop band, has been making its rounds around area bars and venues, performing larger shows to more audiences. The band hopes to build on its momentum as it quickly approaches the release this week of its new single, “Save Yourself.'

The band started off performing covers from classic rock bands, putting their own unique spin on them.

“We really try to have a really wide range of stuff so anyone who comes to a show can enjoy it,” said Michael Prasch, guitarist and backup vocalist.

The quartet covers music from classic bands like Queen and ZZ Top to new-age rock bands like My Chemical Romance, The Killers and Three Doors Down.

Jotham Higginbottom, lead vocals and keyboard, describes their original music as “modern rock with a twist of classic to it.”

The original three band members, Higginbottom, Prasch and guitarist and lead/backup vocalist Ben Read, were introduced to one another through a program at the West Bend Music Academy in 2017. Kids from the area were put into a rock band.

In the beginning, the three members, all just finishing their freshman year of high school, did not know one another as Prasch was from West Bend, Higginbottom was from Fredonia and Read was from the Kewaskum area.

While Read stated they were “all pretty awkward with each other at first,” they found that their personalities meshed. At the conclusion of the program, the three decided to stick together. They started off playing shows for whoever would take them, even helping to construct a stage at one of the bars so they could all fit on it at once.

“We started learning how to play out and engage a crowd,” said Read. Eventually, other bars and other venues began reaching out to them as audience members specifically requested the band.

Over the years, the trio added additional members like drummer Collin McCabe and bassist Joe Passineau.

The band even played the Why Go By Stage at the Washington County Fair, and had several people asking if they had CDs available after their performance.

“It was fun back then and I feel the same way now. It’s a great time,” said Read.

The band began recording their own original music and are currently working on an album, which they hope to complete next year.

“My main specialty in writing music is I like to come up with melodies and lyrics,” said Higginbottom. “Ben and Michael thrive in writing chord progressions and chords in songs.”

Each song is a collection of group effort with input from each member.

“Everyone has room in making a song, building each part of it,” said Prasch. He added that as the band puts in input, the song “only got better.”

In the future, they hope to continue to build on the momentum they already have through word of mouth and streaming platforms.

“By next summer, we’d like to go more full time with this band and make it our number one priority that we have and focus all of our time and effort on that,” said Higginbottom.

The band’s music can be found on streaming platforms like YouTube Music, Spotify and Apple Music. A preview of their upcoming single, “Save Yourself,” which will be released on Thursday, can be found at fallback.hearnow.com/.