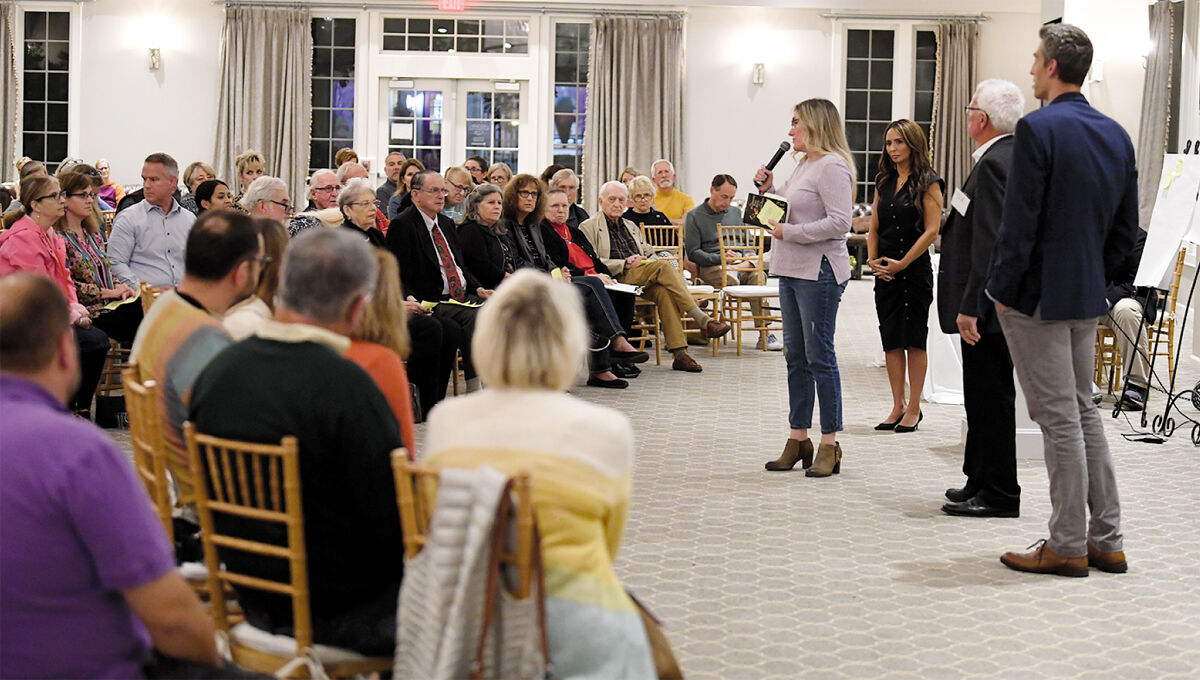 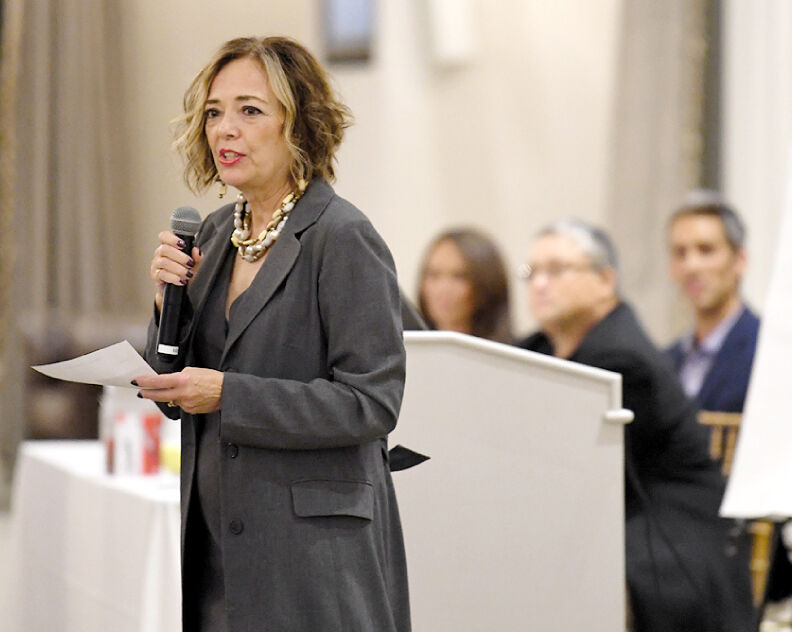 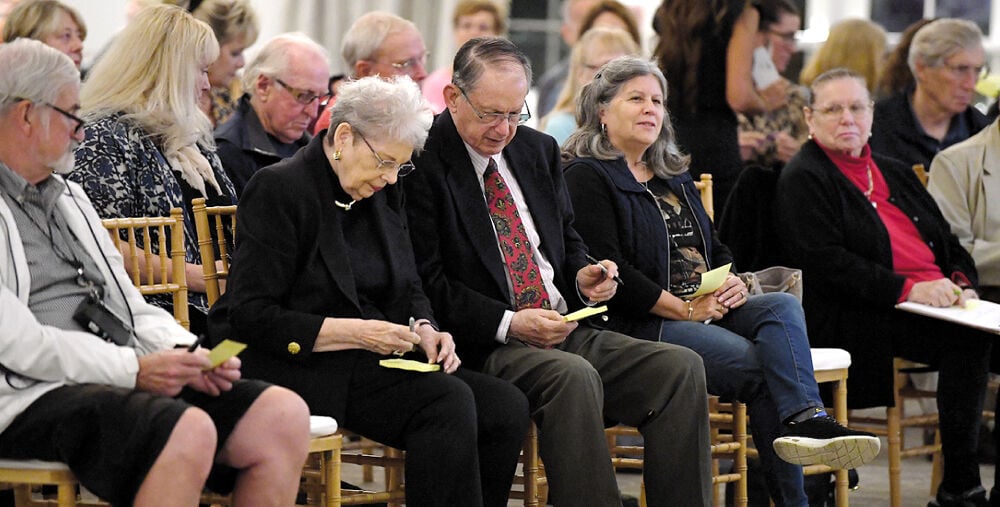 The feedback centered largely on curriculum taught in the district’s five schools, with speakers voicing strong opposition to critical race theory teachings and calling for a return to core principals, such as traditional math, civics, natural science and personal finance.

The recall group has been working for months, gathering enough signatures to prompt the special election and blanketing Mequon and Thiensville with messaging built on their claims of declining enrollment and academic performance and rising taxes, as well as the district’s COVID-19 protocols.

They argue that current board members do not listen to the public or take into account their wishes when making decisions. Tuesday’s event was intended to do just that.

Mequon resident and former School Board candidate Sid Terry facilitated the discussion in which attendees wrote their wishes down on Post-It notes, read them aloud and then affixed them to one of several white paper easels organized by topic.

The candidates made brief statements prior to the open discussion and following it.

Johnson said she keeps a note her son wrote her folded up in her pocket at all times. It says to first do what’s necessary, then what’s possible, and before you know it, you’re doing the impossible.

Rebholz, a former MTSD board member, called it a new environment and applauded her fellow recall candidates.

Some of the estimated 30 people who spoke had students currently in the district, while others had kids who graduated and said the district was not of the same caliber as when their kids attended MTSD schools.

The most common theme was an opposition to any instruction of critical race theory, which is generally defined as examining the role that race and racism plays in society.

One woman said her family moved from Illinois to Mequon after careful research. But she said she’s now encountering some of the same issues that caused her to leave Illinois, particularly critical race theory. She said it starts out mild, but eventually CRT “infiltrates everything,” not just curriculum, but in teachers’ comments.

MTSD Superintendent Matthew Joynt has said unequivocally that there is zero CRT instruction taking place in the district.

Another woman, who said she is from the former Soviet Union, called CRT a “really, really big step to socialism,” while another parent called it a fungus.

The speakers also called for more courses on personal finance, civics, the U.S. Constitution and more focus on the trades. One woman who called for a return of home economics classes received loud applause from the crowd.

Kittell said in his opening remarks that he “has been after the district for years” to improve its math curriculum, including a renewed focus on multiplication tables.

Other speakers were concerned about district finances. One man wondered why the district needed to borrow $55 million to provide more room for students when enrollment is declining. Another parent called for residents to be involved in the school budget process.

There were also concerns about the district’s COVID policies, a topic that originally united the group last year when the district started the 2020-21 school year online for the first four days.

Many parents are still unhappy with the district’s protocols, particularly the contact tracing policy that isolates or sends students home if they are exposed to a positive case.

One woman said she was “sick and tired of all the emails” from the district about positive COVID tests.

There was almost no opposition from anyone at the event held at Shully’s, though a Thiensville police officer was present in the back of the meeting hall. One woman asked how the candidates planned to pay for all of the additional courses while still preserving low taxes. She said she was disappointed that she hadn’t heard more from the candidates that night.

Lorenz said following the discussion that he was energized by what he heard and thanked everyone for participating.

“You guys got to talk and tell us what’s on your mind,” he said. “It’s a paradigm shift.”

A district in decline, or one of the best in the state?

MEQUON — A lot of numbers have been thrown out for consumption about the academic performance of students in the Mequon-Thiensville School District.