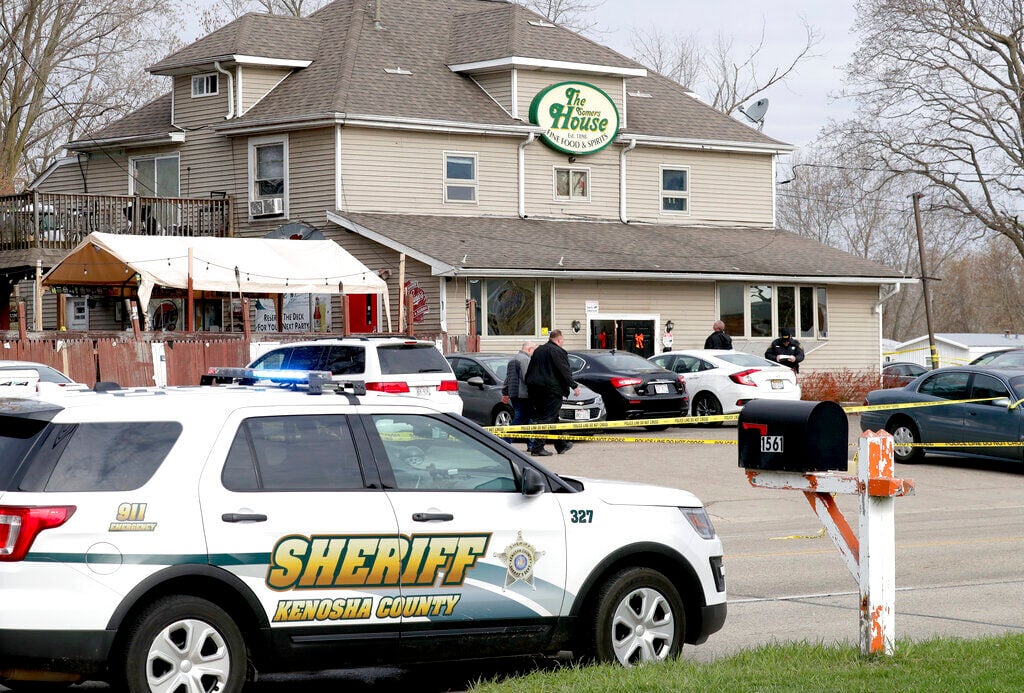 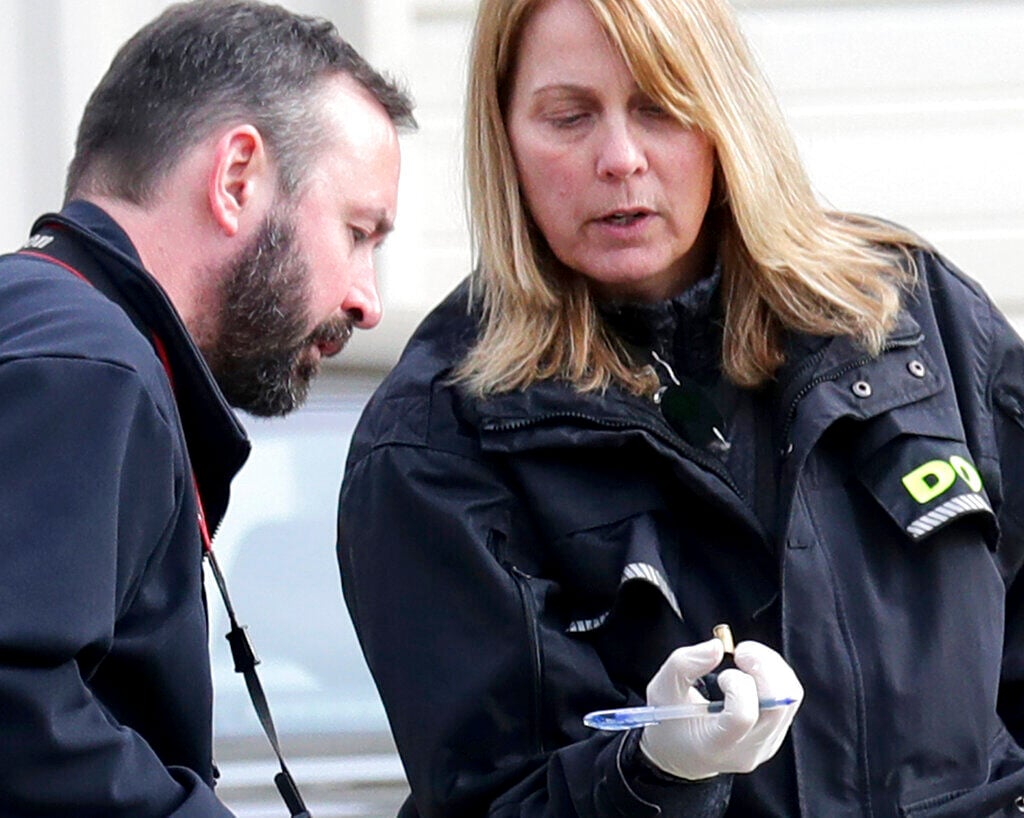 Officials investigate what appears to be a shell casing at the scene of a deadly shooting at Somers House Tavern in Kenosha, Wis., Sunday, April 18, 2021. 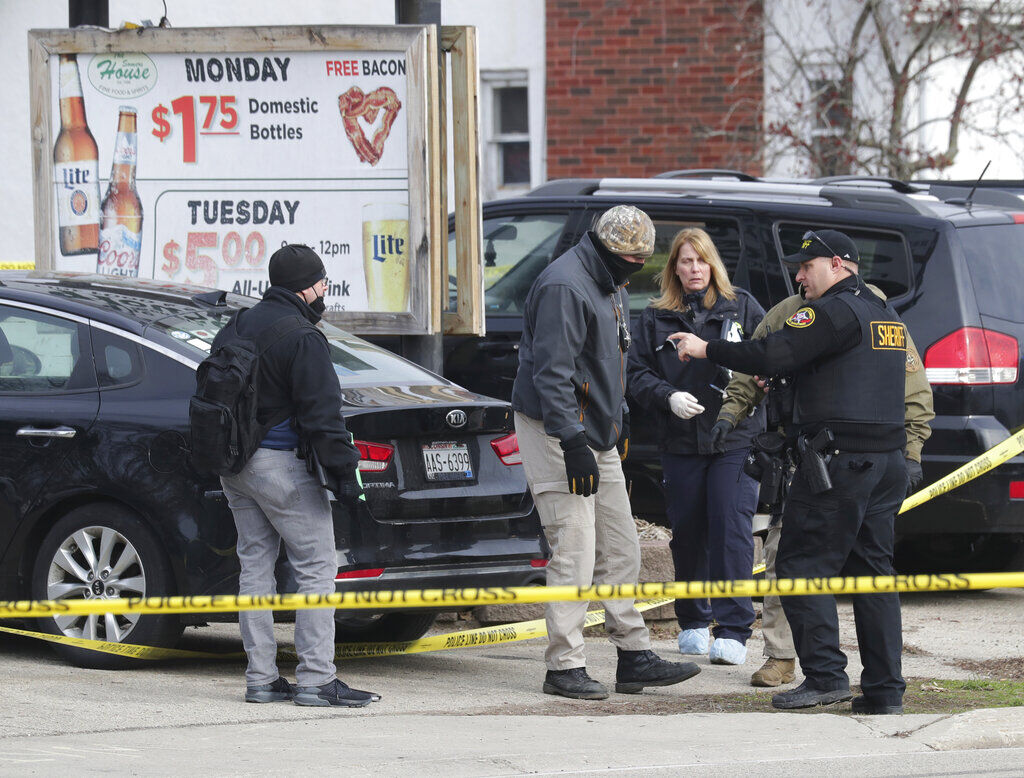 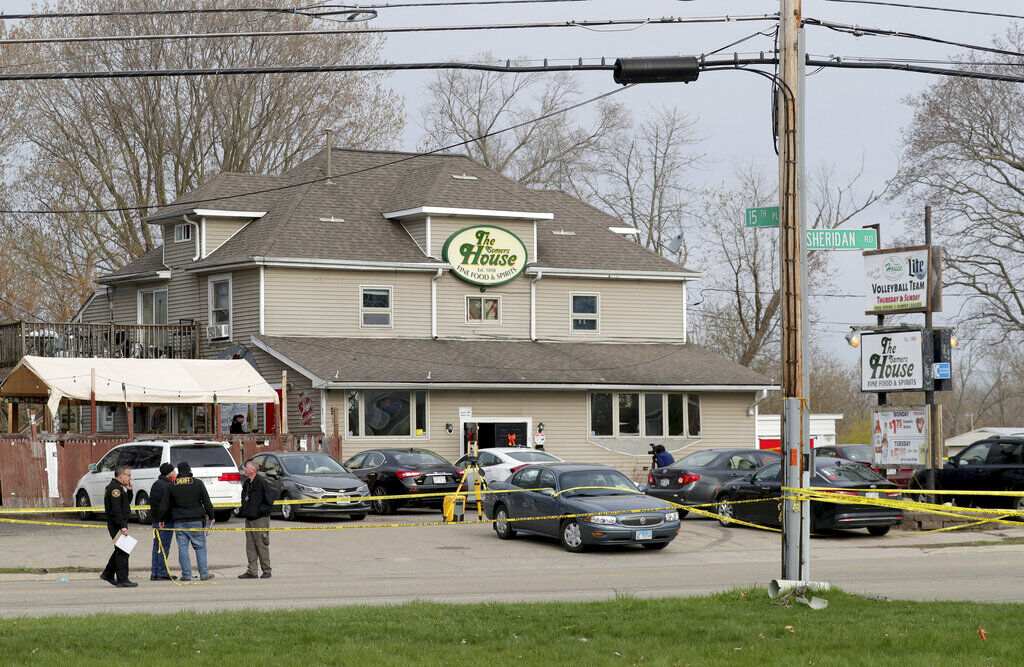 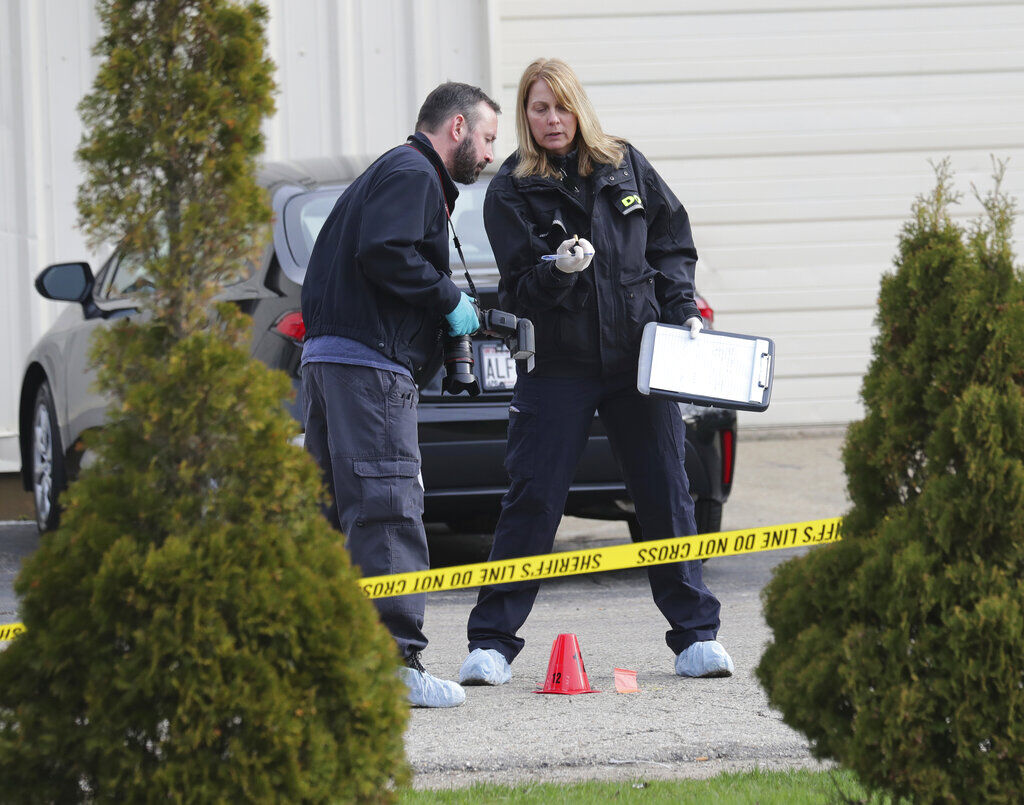 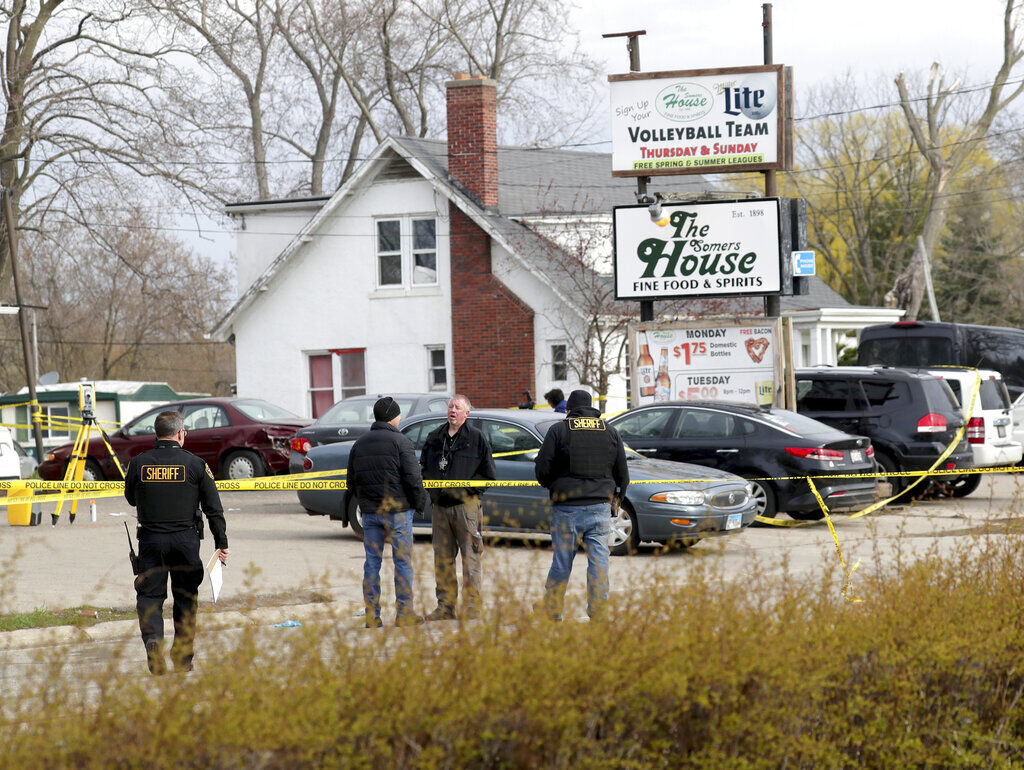 Officials investigate what appears to be a shell casing at the scene of a deadly shooting at Somers House Tavern in Kenosha, Wis., Sunday, April 18, 2021.

KENOSHA, Wis. — Authorities say they have apprehended a person in connection with a shooting at a busy tavern in southeastern Wisconsin early Sunday that left three men dead and three men injured.

Kenosha County Sheriff's Department spokesman Sgt. David Wright said the suspect is facing a charge of first-degree intentional homicide, with additional criminal charges likely after further investigation. Authorities said earlier they weren't sure if there was more than one shooter.

“There is no threat to the community at this time,” Wright said in a release. He said no further information on the suspect would be released Sunday.

Kenosha County Sheriff David Beth said earlier a suspect was asked to leave the Somers House Tavern in Kenosha County but returned and opened fire. Beth said shots were fired inside and outside the bar, which he described as “very busy” at the time. He said he believed at least one handgun was used.

Kenosha is about 30 miles (50 kilometers) south of Milwaukee, not far from the Wisconsin-Illinois border.

Officials originally said two people were injured but said they were checking with hospitals for people who may have been hurt in the shooting. Wright said in the updated release that authorities believe there is one “possible unknown shooting victim.”

Beth said two people died at the scene. The third person hopped in a car with two other people, who moments later flagged down a police vehicle. The officer drove the victim to a hospital where that person was pronounced dead, Beth said.

“Detectives have followed up on multiple leads and gathered surveillance video evidence during extensive neighborhood canvasses,” he said.

A man who lives near the bar, Peter Ploskee, told WLS-TV that he heard gun shots, looked out a window and saw "people running from the bar in every direction.”

“It was just chaos,” he said. “People are just running, people screaming.”

Wisconsin Gov. Tony Evers called it a “senseless tragedy” and said he and his wife are “thinking of the families and loved ones affected and the entire Kenosha community as they grieve and grapple with yet another tragic incident of gun violence.”