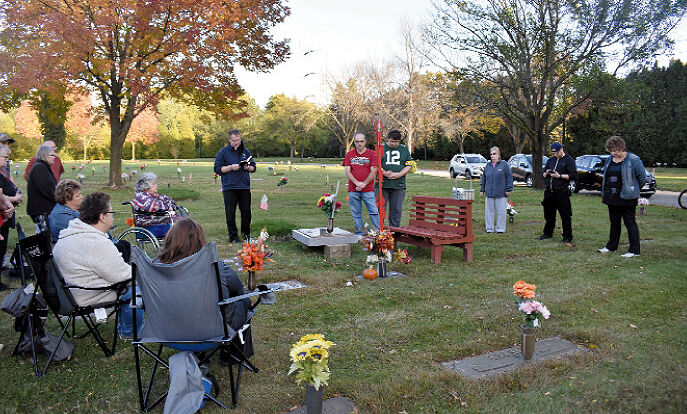 Loved ones of Ashleigh Love gather for her vigil marking 11 years since her passing on Tuesday evening. 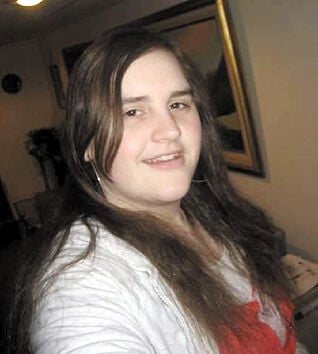 Ashleigh Love, 19, had just graduated from high school and was taking a year off to work when she was murdered in the middle of the night on Oct. 6, 2009 at her residence in Milwaukee. 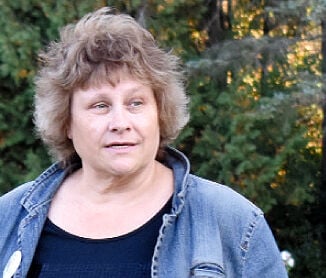 During the vigil on Tuesday, Tammy Love spoke about Ashleigh.

Loved ones of Ashleigh Love gather for her vigil marking 11 years since her passing on Tuesday evening.

Ashleigh Love, 19, had just graduated from high school and was taking a year off to work when she was murdered in the middle of the night on Oct. 6, 2009 at her residence in Milwaukee.

During the vigil on Tuesday, Tammy Love spoke about Ashleigh.

NEW BERLIN — For 11 years, the mother of a girl who was murdered in the middle of the night in Milwaukee has been searching for the answers behind her daughter’s murder.

Now, Tammy Love, Ashleigh Love’s mother, has held the 10th vigil for Ashleigh — since vowing to have a vigil every year on the day she passed away until the murderer is caught. On Tuesday, Love had the vigil at Highland Memorial Park, 14875 W. Greenfield Ave., New Berlin, led by the Rev. Timothy Kitzke with Old St. Mary’s Catholic Church.

“On Oct. 6, 2009 we went for bed for the night,” Love said. “At 2 o’clock in the morning I was startled out of my sleep, my breath left me. I totally believe that’s when Ashleigh died because my breath just went out of me, I just jumped up. And I could hear running in the house on the steps going up into her room. So I started calling her name and I went up there and I saw someone had shot her.”

Since this night, Tammy Love has been interviewing with any media outlet she can, trying to find the answers behind Ashleigh’s death.

“The Milwaukee Police Department is the one that’s in charge and in the 11 years they’ve seemed to have gotten nowhere,” Love said. “So I’ve been trying to outsource, I’ve been doing it for years now ... I’ve been involved in many organizations like ‘Project: Cold Case,’ I did ‘Letters to Ashleigh (a documentary on Ashleigh),’ the ‘Cold Case Files Book,’ basically just trying to find help ... right now I’m in the process of doing a podcast.”

Love now has a private detective assisting in the case pro bono. She said she is looking into taking legal action to access more information on Ashleigh’s case that hasn’t been released by the Milwaukee Police Department.

“I’ve always held hope that they’re going to find who did this,” Love said. “I’m a true believer and have strong faith that there’s reasons it hasn’t been solved yet, I don’t know, but I believe when the time’s right it’s going to happen. The sooner the better of course.”

‘She was always laughing, always smiling’

Ashleigh had just graduated from Pius XI Catholic High School in May and was working full-time at an Arby’s while she took a year off from school and lived with her parents.

“She just loved her job, it was like her second family, everybody she worked with,” Love said. “I know some people think that’s odd but she just loved going to work. She’s just fun-loving and carefree, she was always laughing, always smiling, she really was, kind to everybody, just lovable and just enjoyed life.”

Love said Ashleigh could have done anything she wanted to, but she will never know what she would have done because somebody decided to take her future away from her.

Ashleigh now rests at the cemetery plot Love’s parents had in New Berlin.

“It’s so beautiful there, it’s a country atmosphere with the deer around, she just loved that stuff going up north,” Love said.

Although Love doesn’t have a lead on what happened to Ashleigh, she is certain someone knows something.

“A lot of Ashleigh’s friends and coworkers and people around (her), they were young, they were teenagers, just graduated, and in 11 years, it adds a lot of maturity, maybe they’ll remember something, they’ve heard something,” she said. “You think, ‘Oh it’s nothing’, but it could be something.”