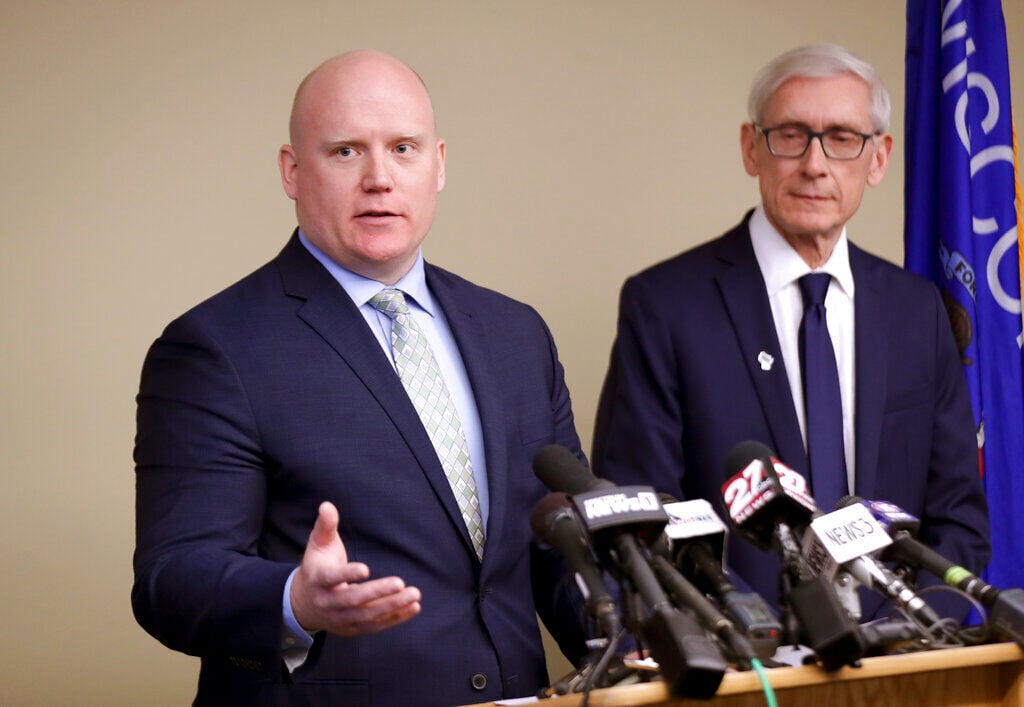 FILE - In this Jan. 3, 2020, file photo, State Sen. Caleb Frostman, who was appointed secretary of the Department of Workforce Development, speaks during a news conference in Madison, Wis. 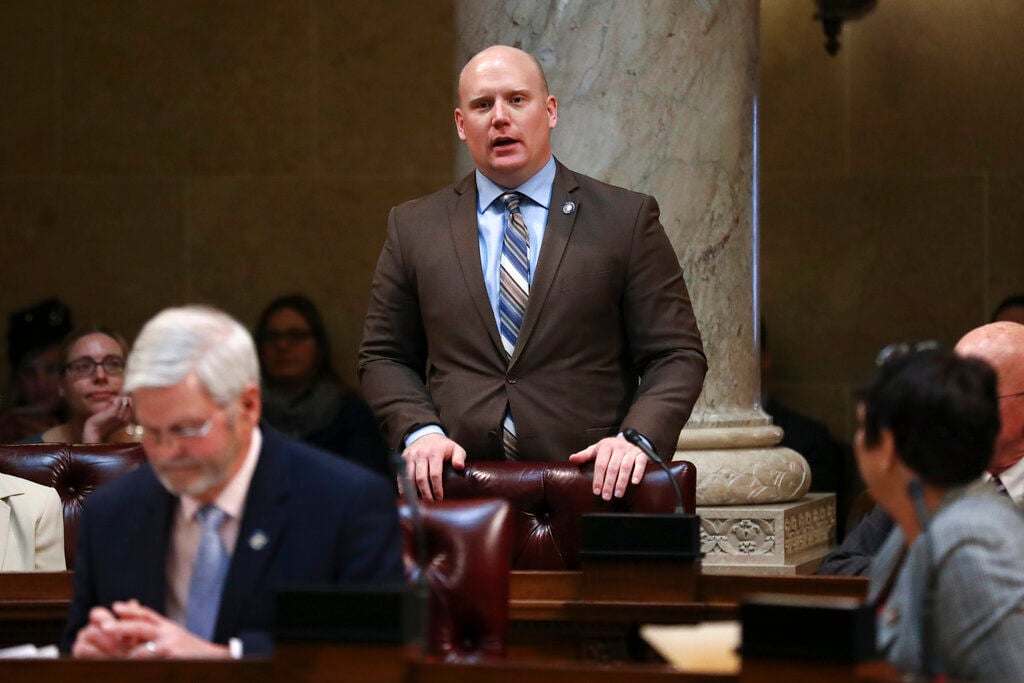 In this Dec. 4, 2018 photo, former state senator. Caleb Frostman, is seen addressing the legislature at the Wisconsin State Capitol in Madison, Wis.

FILE - In this Jan. 3, 2020, file photo, State Sen. Caleb Frostman, who was appointed secretary of the Department of Workforce Development, speaks during a news conference in Madison, Wis.

In this Dec. 4, 2018 photo, former state senator. Caleb Frostman, is seen addressing the legislature at the Wisconsin State Capitol in Madison, Wis.

MADISON, Wis. — The state Department of Workforce Development's top leader resigned Friday after failing to find a way to address a massive backlog of unprocessed unemployment benefit claims sparked by the coronavirus pandemic.

Democratic Gov. Tony Evers' office said Caleb Frostman stepped down after the governor called for his resignation. Republicans have peppered Evers with criticism for months over the department's inability to process tens of thousands of benefit claims that have been flowing in since the coronavirus took hold in the U.S. in March.

The state's unemployment rate in August stood at 6.2%, compared with 8.4% nationally. According to the department, 713,508 weekly claims from nearly 1000,000 Wisconsin residents were in process as of Saturday.

States across the country have been facing similar claim backlogs as the pandemic left millions unemployed amid shutdowns aimed at slowing the virus' spread. Washington state went so far as to call in the National Guard to help process applications.

Evers noted that more than 130 Department of Workforce Development employees have been reassigned to handle claims, bringing the total number of employees working on them to 1,500, up from 600. He said the agency's technology is antiquated and claims have been slowed by Republican-created eligibility restrictions. But he said he has to make a change at the top of the department.

“People across our state are struggling to make ends meet,” the governor said. “We have continued to add additional resources to support the DWD, but it is clear we must have change if we are going to address these problems to get folks their benefits faster.”

Department of Corrections Deputy Secretary Amy Pechacek will lead the department until Evers appoints a new secretary, the governor said.

Messages left at the DWD seeking comment from Frostman or other officials weren't immediately returned.

Republican state Sen. Chris Kapenga issued a news release in which he called Frostman another “stain” on Evers' ability to choose effective leaders.

“I hope for the sake of the nearly 100,000 people who haven’t received their unemployment checks that the new Secretary-designee fixes this disaster quickly,” Kapenga said.

The Senate refused to confirm Evers' agriculture secretary, Brad Pfaff, last year, effectively firing him. Republicans were outraged after Pfaff criticized them for not releasing more money to fund mental health and suicide prevention services for farmers. It was the first time the Senate had ousted a Cabinet appointee since at least 1987.

Frostman led the Door County Economic Development Corporation before winning an open seat in the state Senate in a special election in June 2018. He lost the seat in the November 2018 general election. Evers appointed him DWD secretary in January 2019.

MADISON, Wis. — Republicans balked Wednesday at Gov. Tony Evers call for a special legislative session next week to pass his plan for upgradin…