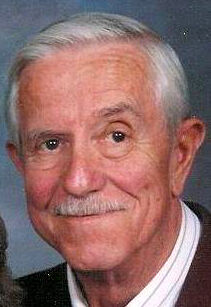 Frank was born on October 24, 1925, to Charle and Leopoldina Kogler in Sheboygan. He attended Sheboygan Central High School until he turned 18, when he left to join the Army in 1943. After training, he served in Europe starting in January 1945 as part of the 20th Armored division. After his honorable discharge in 1947, he got his high school diploma and briefly attended MSOE and UWM.

He married Fay Hesselink of Cedar Grove in 1949, the couple taking up residence in Milwaukee. After moving to West Bend, Wisconsin in 1954, Frank worked as a typewriter serviceman at Tricounty Office Machines in West Bend and Associated Typewriter in Milwaukee as well as being a volunteer fireman for a number of years. In 1966 he started working at Serigraph Sales in West Bend as a die cutter, a job he held until his retirement in 1991. For many years he was an active member of Immanuel United Church of Christ in West Bend and made numerous close friends there. After their retirement, Frank and Fay enjoyed wintering in Tucson, Ariz., and traveling to see family both in Europe and the U.S. He enjoyed socializing, was a big Packers fan and also played in several sheepshead groups for many years. Above all, Frank loved his family, hosting many get-togethers and doting on his children and grandchildren.

There will be no formal services at this time.

A special thank-you to the New Perspective Assisted Living and Heartland Hospice employees.

The Phillip Funeral Home of West Bend is assisting the family. For more information, call 262-338-2050 or visit www.phillipfuneralhome.com.