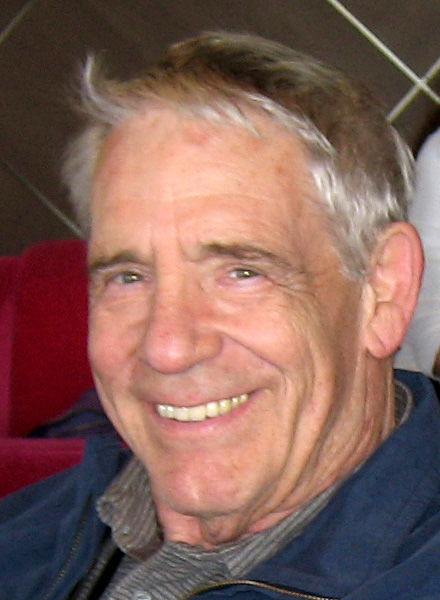 Gerald William Gandt died in Lodi, Calif., on June 13, 2020, at age 85. Gerry is survived by his wife, Amelia Jane Klusendorf Gandt, and their three daughters: Ellen J. Gandt (Sarah Hall) of Boston, Mass.; Megan Gandt Guansing (Alan Guansing) of Seattle, Wash.; and Sarah E. Gandt of Lodi, Calif. Gerry was born in Cedarburg on November 26, 1934, to Anita Irene Gandt and Hilbert W. “Hip” Gandt. He attended Shorewood and Cedarburg High Schools and graduated from Cedarburg High, where he excelled in academics and athletics (playing football, basketball, and baseball among other sports) in 1953. With an academic scholarship and his athletic prowess, Gerry entered the University of Wisconsin-Madison that fall to study economics and play football for the Badgers. A knee injury cut short his gridiron career but at the UW he had the good fortune to meet his future wife, Jane Klusendorf, of Barneveld. They both graduated from the UW and were married in 1959. They celebrated their 50th wedding anniversary with their children on an Alaskan cruise. They celebrated 60 years together on dry land, quietly, at home. While in college, Gerry proudly served in ROTC and did his basic training at Ft. Benning in Georgia. He left the Army in 1958 and continued to serve as a 1st Lieutenant in the Reserve for several years. Gerry began his career in building manufacturing by joining Inland Steel Co. in Milwaukee as a time study man. Over the course of his long career, Gerry occupied a variety of managerial roles, from general manager to vice president. The family saw the U.S. as a result of his work and enjoyed living in Wisconsin, Illinois, Missouri, Tennessee, and California. He retired from Varco Pruden Buildings in Turlock, Calif., in 1996. Gerry was a lifelong athlete and sportsman — an avid cyclist, tennis player, hiker, camper, gardener, and fisherman. He was adept with tools and undertook major projects and improvements in each of the family’s homes. He was an excellent writer and took great pleasure in recording stories from life for his family and schoolmates at class reunions. He also shared interests with his daughters as he followed their lives and careers, focusing on a wide array of topics and activities: music, singing, and the harmonica, baking, rowing, dancing, playing bridge, traveling, and photography. Gerry was loved by many and is deeply missed by his family and friends. As everyone who met him says, his smile could light up a room. A memorial service will be held in spring 2021 at the White Church Cemetery in Barneveld. Memorials can be sent to the University of Wisconsin-Madison Foundation
https://secure.supportuw.org/give/ or to the United Congregational Christian Church of Lodi, 701 S. Hutchins St., Lodi, Calif. 95240.