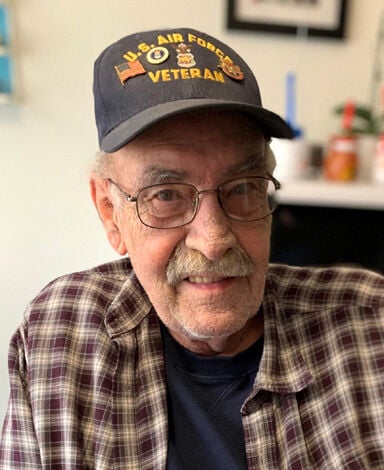 Richard “Dick” “Witch Doctor” Lueneburg, age 80 of Jackson passed away peacefully surrounded by his family on Saturday, September 12, 2020, at his residence. He was born August 10, 1940, in Brown Deer to Louis and Marguerite (nee Krempien) Lueneburg. After high school Dick proudly served in the U.S. Air Force. He was a longtime truck driver known as “Witch Doctor.” Dick was an avid bowler and enjoyed competing in bowling and softball leagues for many years. He also loved hunting and fishing and was happy to teach those skills to his family.

Dick was a member of the S/Sgt Henry F. Gumm Post 486 American Legion in Jackson.

The family will greet visitors on Thursday, September 17, 2020 from 10:00 a.m. until 11:45 a.m. at the Schmidt Funeral Home in Jackson with the funeral services at 12:00 noon. Burial will follow in West Granville Cemetery. In lieu of flowers memorials are preferred and will be used to help homeless veterans.

The Schmidt Funeral Home in Jackson is serving the family. Please visit www.schmidtfuneralhome.com to sign the online guest book and leave condolences.