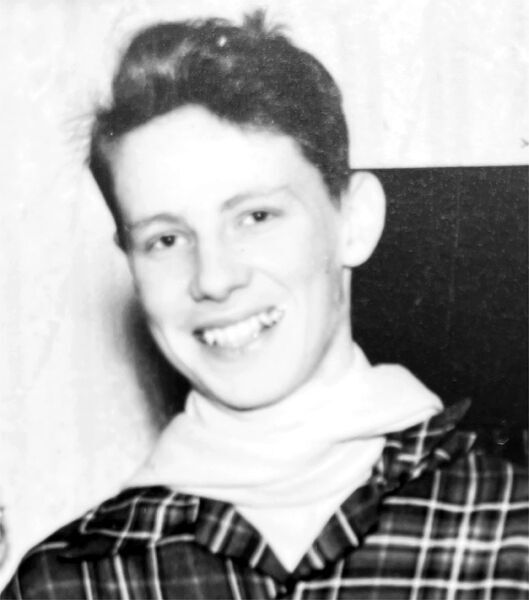 His four children, Linda (Truesdell) Kurtz (Douglas Kurtz), Amy Truesdell, Mark Truesdell (Candice Truesdell Nokes) and Elizabeth Truesdell (Robert Bickmore), were at his side when he passed away in his sleep at the ProHealth Oconomowoc Memorial Hospital. Since 2015, Jim was a resident of the Three Pillars Masonic Senior Living Community in Dousman, where he made many friends among the dedicated staff and fellow residents. He was a devoted father and delighted to be grandfather to Andrew Kurtz and Samuel Bickmore. He will be deeply missed.

Born in Greenfield, Massachusetts to the late Samuel W. and Lucie (Galbraith) Truesdell, Jim lived his formative years in Granby, Connecticut, where he met his wife, Priscilla, in grade school. They wed on July 20, 1957, weeks after Jim graduated from the University of Connecticut with a B.S. in dairy production. Shortly thereafter, Jim deployed to Fort Bliss, Texas, to serve in the U.S. Army. Upon completion of his military service, Jim returned to New England and founded a small logging company before embarking on his career in business. Jim was a credit reporter for Dun & Bradstreet for four years and then joined Liberty Mutual Insurance in 1966. He advanced from sales to sales management to district management roles in Connecticut, Maine and Massachusetts before a promotion to Wisconsin in 1978. Jim opted for early retirement in 1992 after serving 25 satisfying years with Liberty Mutual to pursue his myriad other interests. He launched his post-retirement employment plans from the family home in Mukwonago and for a time drove school bus for the Mukwonago district and truck for Reilly Cartage in Milwaukee. He later turned his passion and burgeoning expertise in antique clock repair into a vocation as “Timetinker.” His many hobbies and talents included inland fishing, reading (particularly U.S. Civil War histories), genealogical research, and intellectual debate.

Jim was a proud Freemason for 59 years. He served as long-term secretary/treasurer of Laflin St. James Lodge #247 in Mukwonago and was awarded Honorary Past Master for his service. Jim concluded his Masonic career at Glen L. Humphrey Lodge #364 at Three Pillars. Jim was also always active in church activities and volunteered as a deacon and secretary/treasurer for churches in each of the communities where the family lived.

In addition to his children and grandsons, Jim is survived by his sole sibling, his brother Paul.

Visitation will be at 2:30 p.m. and a memorial service at 3:30 p.m. on August 8 at Three Pillars Ewald Chapel, Village on the Square, 375 Highway 67, Dousman. A Masonic ceremony will precede the religious service which will be jointly conducted by the Rev. Dr. Keith E. Jones, pastor of the Lisbon Presbyterian Church, and the Rev. Terese Leonhard, chaplain at Three Pillars. Light refreshments will be served after the service.