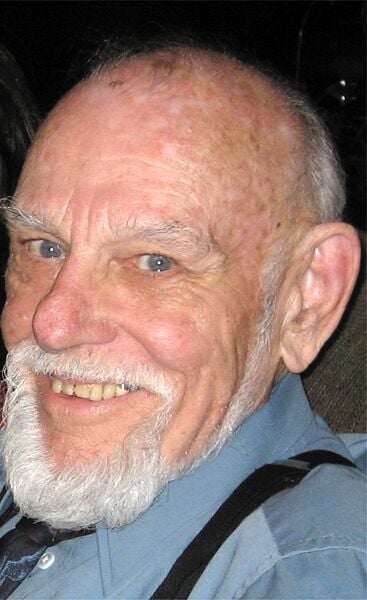 Millard D. “Doc” Savage of Waukesha passed away on August 27, 2021, at the age of 93 with his daughters by his side at AngelsGrace Hospice. He was born in Milwaukee on January 11, 1928, the son of Oscar and Katherine (nee Karner) Savage.

Millard graduated from Custer High School and went on to proudly serve his country in the United States Marine Corps from 1946-66. It was during his service that he was given the nickname “Doc” from his initials M.D. and he earned the rank of master sergeant. On June 27, 1948, he was happily married to his wife, the former Shirley Schmechel. Together they celebrated 49 years of marriage prior to her death on November 9, 1997. After retiring from the United States Marine Corps, he was employed by Briggs and Stratton until retiring in 1993. Doc and Shirley loved having family over and spending time with family at their trailer up north. He and Shirley turned the piece of property into a home away from home for the whole family. Doc volunteered with the Special Olympics and in the sport of speedskating where his passion helped the sport grow by getting new clubs started across the United States. Aside from supporting his daughters Karen and Holly in their speedskating adventures, Doc was involved in the recruitment of new athletes, the development of training materials, and the creation of the Coaching Education Program. His passion for the sport and his involvement in its success was formally recognized when Doc was inducted into the National Speedskating Hall of Fame on May 21, 2000, in Irvine, California.

He will be dearly missed by his children Scott (Wendy) Savage of Merrill, Holly (Richard) Gerard of West Bend, Karen (James) Bregger of Waukesha, and his son-in-law Lee Wenig of Oconomowoc.

He was preceded in death by his eldest daughter, Cindy Wenig.

He is further survived by his half-brother Donald (Roberta) Gerds of Manhattan Beach, California, other relatives, and many friends.

The family would like to thank the doctors, nurses, and staff at AngelsGrace Hospice for the exceptional care that was provided.

Randle-Dable Brisk Funeral Home, Crematory and Preplanning Service is honored to serve the family. For further information, please call the funeral home at 262-547-4035 or visit our website at www.randledable.com to leave the family an online tribute message.