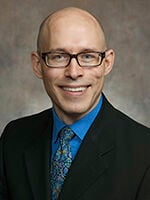 “It started with fatigue and a sore throat for me,” he said. “I got symptoms and I thought it was best to get a test.” Allen said he had the test on Saturday and received results Sunday.

Other than getting the test, Allen said he’s not left his home since last Friday. He has specifically been keeping to the second floor of his home during isolation.

Allen said his wife, Angila, has been tested as well and received a negative result. “She’s been an absolute saint,” he said, adding she’s brought him tea and food and helped him work through the experience.

Aaron Perry, D-Waukesha, who is running against Allen in November’s election, has been quarantining with his son, who was sent home from Prairie Elementary School along with the rest of the 3rd grade class due to a positive COVID-19 test in the grade; he said he is experiencing COVID-19 symptoms.

Perry said he has lost his sense of smell, sense of taste, and is experiencing fatigue, common symptoms of the virus.

Perry said his son has tested negative for the virus as of Friday. Perry plans to get tested today and will continue to quarantine as he awaits his results.

“I just think that it’s important for people to know,” Allen said of his test result. He said he knows others who have gotten the virus and worked their way through it.

WAUKESHA — Both of the candidates for the 97th Assembly District seat in the Nov. 3 election are positive for COVID-19.Aaron Perry told The Fr…