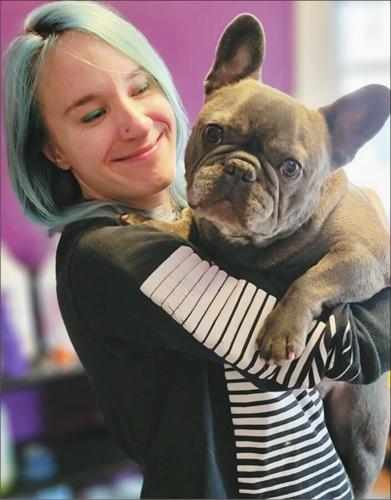 Becky Smith has taken her love for animals and turned it into her own business, prioritizing individualized dog grooming to keep her furry customers comfortable. 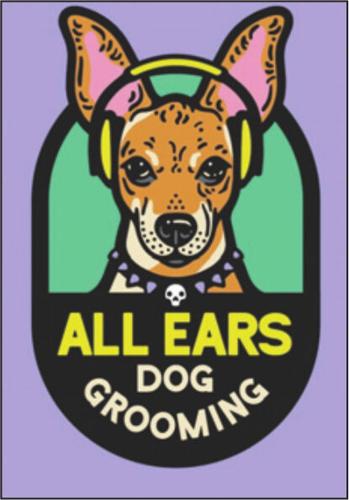 The logo for All Ears Grooming was inspired by Smith’s Chihuahuamix Arby and her love for music. 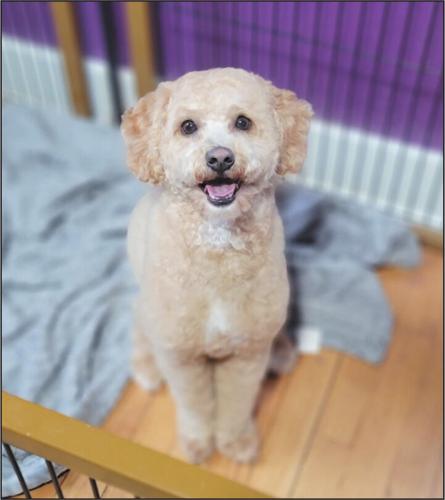 The dogs in Becky Smith’s care aren’t dried in kennels as in most grooming salons. They are placed in open-topped pens while they wait for their owners.

Becky Smith has taken her love for animals and turned it into her own business, prioritizing individualized dog grooming to keep her furry customers comfortable.

The logo for All Ears Grooming was inspired by Smith’s Chihuahuamix Arby and her love for music.

The dogs in Becky Smith’s care aren’t dried in kennels as in most grooming salons. They are placed in open-topped pens while they wait for their owners.

WAUKESHA — At All Ears Dog Grooming, each pup that walks through the door is given one-on-one attention, something that many grooming salons are unable to offer. Owner Becky Smith opened All Ears Dog Grooming because she wanted to be able to provide more attentive care during the grooming process.

“A lot of grooming salons are converter belts, so they’ll be like a bunch of groomers and dogs. It’s not just one dog at a time, it’s two dogs and you start one while the other is being blow-dried in the kennel for a few hours while you finish. It’s essentially assembly line grooming,” said Smith. “For me here, it’s just one-on-one grooming. I start a dog and work straight through until it’s time for them to go home. They spend limited time in their pen, and they get to go back home to their families right away. I like the freedom.”

Smith has a long history with dog grooming. It was her first job and she’s continued to do it over the years. One of the driving factors behind her passion is her love of animals.

“I’ve always been better with animals than people,” said Smith. “My aunt took me in when I was 15, she had me work as a bathing assistant while I was in high school on the weekends. Then when I was 18 she taught me how to do all of the grooming.”

When naming her grooming salon, Smith drew inspiration from two of the things that she loves.

“I have a dog with big ears, and I also really enjoy music, so I wanted to do something with my dog and his big ears,” Smith said she’s always commenting on her dog Arby’s ears and while she works there’s always music on in the background. “I listen to a lot of folk music, or I’ll play metal songs that are stripped and are the acoustic version of the metal song because most dogs don’t enjoy heavy metal being played in the background. With the salon being music-themed and always having music on in the background, All Ears just made sense.”

Because of the specific equipment that Smith wanted to be installed in her grooming salon, she turned to her uncle for help.

“Most plumbers don’t know how to install a tub that is electric and goes up and down, so my uncle came in and he drilled the hole in the floor so that way the hose can lead to the utility sink downstairs,” said Smith. The tub and tables all being electronically adjustable have made Smith’s grooming work easier. When she opened All Ears Grooming, she knew that investing in quality equipment was a top priority.

“You want to get good quality equipment that’s easier on your body in the long run. I’ve worked for a lot of places where you’re bending over the tub and your back hurts at the end of the day. Or the tables are cheap plywood and they snap, when you do a lot of big dogs that are not feasible, you need something sturdy,” said Smith.

Smith uses all-organic and vegan shampoos. The products that she stocks are gentle on dogs’ skin and don’t have some of the overwhelming fragrances that many dog shampoos have. She offers additional treatments such as blueberry facials and other specialized dog spa treatments. While the dogs are waiting to be picked up they spend time in pens with blankets, or in the winter, they have a heated dog bed to snuggle up to.

One of the most important parts of her opening her own grooming business is that she loves the work. Smith explained, “I like blow-drying the dogs. Grooming very hairy dogs like Samoyeds or Great Pyrenees, anything with a lot of hair is very satisfying, just to watch the hair blow everywhere.”

She currently grooms around four to five dogs per day. While she’s thought about potentially opening a storefront down the line, her in-home setup is a convenient and comfortable space for the dogs she grooms. Having the salon in her home allows the dogs to feel like they’re in a safe space while they are away from their owners.

“I like it when [the dogs] are excited to see me. They look forward to coming here, as opposed to some grooming salons, where they don’t even want to come in through the door because the whole environment is really stressful,” said Smith.