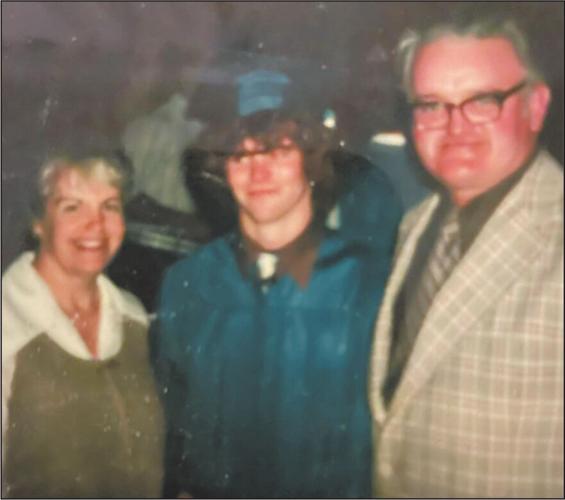 Waukesha Mayor Shawn Reilly in his cap and gown with his parents Peggy and Bill Reilly. He said his dad was a good friend and well-known around Waukesha. 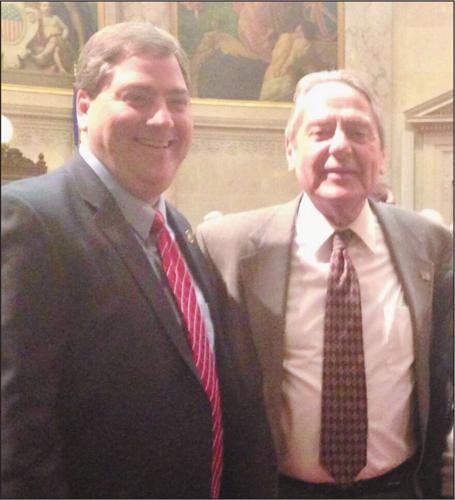 John Farrow, 87, (right) is known by his five sons, including Waukesha County Executive Paul Farrow (left), as the fixer. 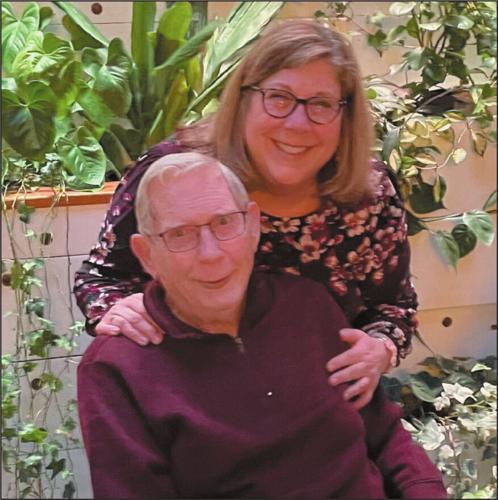 Waukesha County Judge Laura Lau considers her father, Richard Schmidt, 85, (both pictured) to be her hero.

Waukesha Mayor Shawn Reilly in his cap and gown with his parents Peggy and Bill Reilly. He said his dad was a good friend and well-known around Waukesha.

John Farrow, 87, (right) is known by his five sons, including Waukesha County Executive Paul Farrow (left), as the fixer.

Waukesha County Judge Laura Lau considers her father, Richard Schmidt, 85, (both pictured) to be her hero.

WAUKESHA — A father figure is more than a guy grilling hot dogs and yelling profanities at the referee on the television screen. A father acts as a role model and dispenses advice. For Father’s Day The Freeman asked several officials in Waukesha County to share memories of their dads.

John Farrow, 87, is known by his five sons, including Waukesha County Executive Paul Farrow, as the fixer.

“He was always a fixer and my brothers and I always comment ... where we are today is because of Dad teaching us how to do things and how to solve problems,” Paul Farrow said.

The skill of fixing things is something he has passed on to his own children so they don’t have to pay someone else to do it.

“Dad has always been the quiet leader of the family. He worked hard and showed us what a good work ethic is, how to take care of our families,” Paul Farrow said.

John Farrow’s sense of humor is on the drier side with some sarcasm mixed in. If you ask Paul’s sons about Grandpa, they will highlight the stories and his affinity for a good tongue twister.

“He loves to tell stories about him growing up and being in the Navy. He does these tongue twister things that all the grandkids are picking up,” Farrow said.

John Farrow has brought levity and wisdom to all the Farrow family does, said Paul.

“For me, he has been incredible when it comes to asking for advice about being a dad, politics and how to be a supporter and things to remember,” he said.

His dad told Farrow he is not in politics just to get good legislation passed but you are also in office to make sure bad legislation doesn’t get passed.

Paul Farrow learned to always stand on his principles and both his parents gave their children those.

For Father’s Day some of the Farrow boys plan to smoke some ribs and look at old photographs and reminisce.

“We still go through old pictures and reminisce about what happened in the past and look at some of these and laugh,” Paul Farrow said.

Be true to yourself

Bill Reilly lived by certain rules which he handed down to his children.

Waukesha Mayor Shawn Reilly comes from a large brood of nine children. The patriarch was a lawyer who was involved in local government in Waukesha. He was campaign chairman for Glenn Davis, who was then congressman from the area.

“All the Reilly kids got put in the back of the station wagon to hand out literature while the adults would go to bars and talk to the people,” he said.

Afterwards the kids would be rewarded with a soda.

“He loved to golf and also loved to get people together on Saturday at noon for betting in golf. Each team and players would bet against each other. There would also be side bets between people.”

Shawn Reilly described his dad as a friend to many and very ethical.

Bill Reilly was a private practice attorney who represented municipalities.

When it came to local government, Bill Reilly gave Shawn some honest advice during his first board meeting.

He understood the power of the fire department. The next morning Shawn had to tell his dad he did in fact anger the department.

“He lived his life by certain rules such as treat people how you would want to be treated and he was wellrespected in the community,” he said.

Bill Reilly died in 2007 and his son said his dad's funeral was one of the biggest in Waukesha at the time.

Bill Reilly’s fatherly advice was to be “true to yourself” and “You always have to live with yourself and do what you think is right.”

He also told his children to have and be a good friend, his son said.

My father, my hero

Waukesha County Judge Laura Lau considers her father, Richard Schmidt, 85, to be her hero in sports and in life.

Schmidt was raised by a single mother with a young sister. His grandmother was also part of the family unit. Schmidt grew up in Waukesha and as an adult worked as a machinist. Lau said he often worked more than one job.

“My dad at a very early age had to take on financial responsibility for his family,” she said.

At an early age, Lau was told by her father she would be a lawyer. If Lau had her way, she would have been a French teacher.

“He believed if you have a God-given gift you have to pursue that,” she said.

Growing up with a single mom, Schmidt was an advocate for education.

“Even though he nor my mom had the chance to go to college, in our family he said you have to be educated to the point where you are never out of a job,” Lau said.

She recalled that her dad always wanted to “toughen her up” to deal with the curve balls life would throw at her. Lau became a single mother and her dad’s guidance helped her. Schmidt was also heavily involved in sports.

“He was really into sports. Everyone in our family went to college to do a sport that he taught us,” she said.

“My dad's bowling prowess was incredible. He bowled two 300 games and also had an 825 high series,” she said.

After Schmidt moved in with Lau in 2020, after her mother died, he was encouraged to find a new hobby. Lau though he might take up woodworking or genealogy.

“He decided to take up smoking. Not cigarettes, but meat. So now we have a huge smoker set up on the deck and the kitchen is filled with rubs and utensils for the smoker,” she said.

In a short time, he has become a master of smoking and the Lau/Schmidt family dinners are always catered by Schmidt.