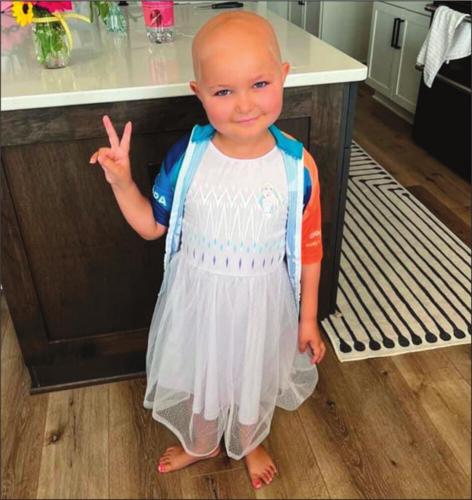 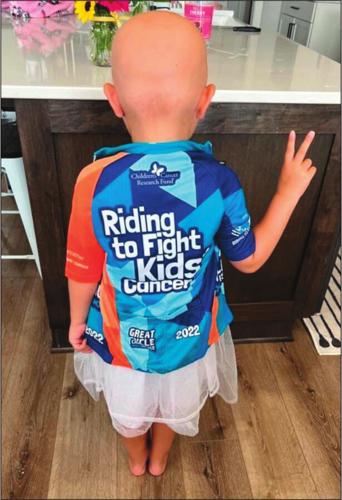 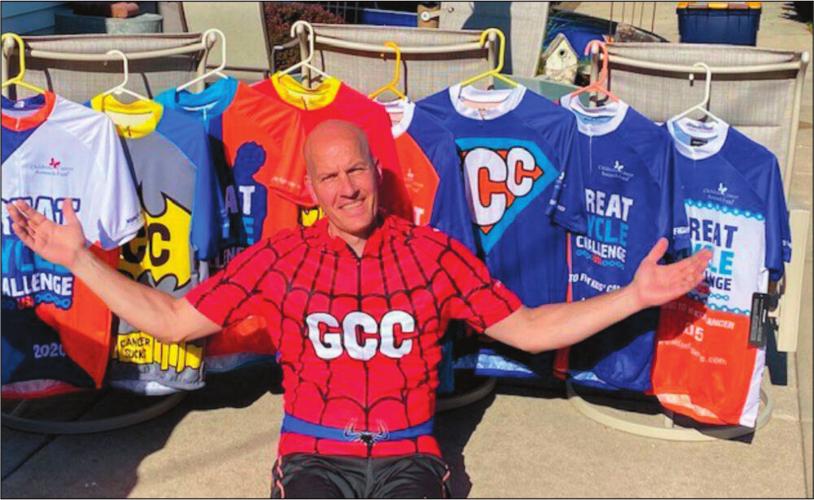 Jeffrey Freitag has been doing the Great Cycle Challenge for eight years.

Jeffrey Freitag has been doing the Great Cycle Challenge for eight years.

NEW BERLIN — A local man is partaking in the Great Cycle Challenge for his eighth year — before he was riding for himself and the cause, and this year he is also riding for a 5-yearold New Berlin girl by the name of Taylor Daniels.

Jeffrey Freitag was diagnosed with cancer himself around 20 years ago after he found a lump on the side of his head. When he started having trouble sleeping due to the pain, he had a biopsy done, which had come back with results that it was noncancerous.

“Since I was losing sleep and it was painful I opted to have it removed surgically,” he said. “That full biopsy came back as cancerous.”

Freitag said he did seven weeks of radiation and follow-ups for about six years. Now, he’s been cancer-free for 11 years.

Freitag came across the Daniels family’s story in March. The Daniels family consists of Erik (dad) and Cassie (mom), and their children, Avery, 20, Brady and Chase, twin 8-year-old boys, and Taylor.

Erik suffered significant facial crushing injuries after he fell 20 feet off of a ladder on May 21, 2021, when he was working on the family’s home. He has completed one surgery, however, will need at least one to two more surgeries in the future due to the injuries.

About six weeks later, on July 10, 2021, their son Avery tragically passed away. Avery had saved Erik’s life by calling 911 after his fall. Avery was a friend to everyone, who never judged and loved to help the underdog. According to Cassie, he enjoyed going to family sport competitions, going on all family vacations, playing video games with his brother and taking his sister to gymnastics.

“We continue to struggle immensely with the loss of his physical presence and our grief will be lifelong,” Cassie wrote in a letter documenting her story. “We find peace knowing he was able to save numerous lives with the gift of organ donation. His life was a true gift and he made Erik and I better people.”

Just five months later on Dec. 10, 2021, the Daniels family received the news that Taylor was diagnosed with B-cell acute lymphoblastic leukemia. She is in month eight of “frontline” treatment that lasts 10 months. Her end of treatment date for her cancer is Feb. 17, 2024.

Taylor has been chosen to participate in a clinical trial, which includes receiving chemotherapy via continuous infusion on two occasions for 28 days straight. She has completed this promising treatment called Blina with the hopes that it will decrease risk of relapse in the future. Taylor has endured numerous spinal infusions with chemotherapy under sedation.

She has undergone countless painful port access for chemotherapy, bone marrow biopsies and unplanned hospitalizations related to side effects of chemotherapy, including two episodes of meninigitis.

Taylor should be beginning 5K, however, will miss it due to treatment.

“We have to be extremely careful for the coming years,” Cassie wrote. “Her brothers have had to make many sacrifices including missing parties, being pulled from indoor sporting events during the winter months, and canceling trips. It is safe to say this diagnosis is hard on all of us. Taylor can’t wait to get back into gymnastics and dance. She loves everything girly and often states she has her own personal angel named ‘Avery’ so she is safe. She finds comfort in bringing her brother’s personal items during sedated procedures. Despite what Taylor has been through, she continues to bounce back with a smile and has a passion for helping others. Her dad and I know she will continue to do amazing things now and in the future.”

After finding the Daniels family’s story through a friend, Freitag reached out to the family and heard they were thrilled he picked them as his motivation for the ride.

Freitag has pledged 150 miles for the ride, which kicks off in September.

“Compared to the mileage, if you will, that Taylor and her family have gone through, that’s a drop in the bucket,” he said.

The ride gives Freitag time to get away from everything and to not think. Freitag said some days, near the end of his ride, he does need to think of Taylor and push on through the ride.

“(People) can help obviously by being a sponsor, they could help by joining the Great Cycle Challenge on their own and creating their own team if they wanted to, or do it solo,” he said. “Maybe people realize it and maybe they don’t, of how many children go through this, maybe not to the extent that Taylor is, maybe it’s as soft if you will as mine, it’s just radiation and then you’re done. They should just be enjoying life and growing up and discovering who they are and what they want to do, and yet they’ve been dealt this hand.”

Freitag said he’s never seen a kid who has gone through this and still doesn’t put a smile on their face, which is impressive.