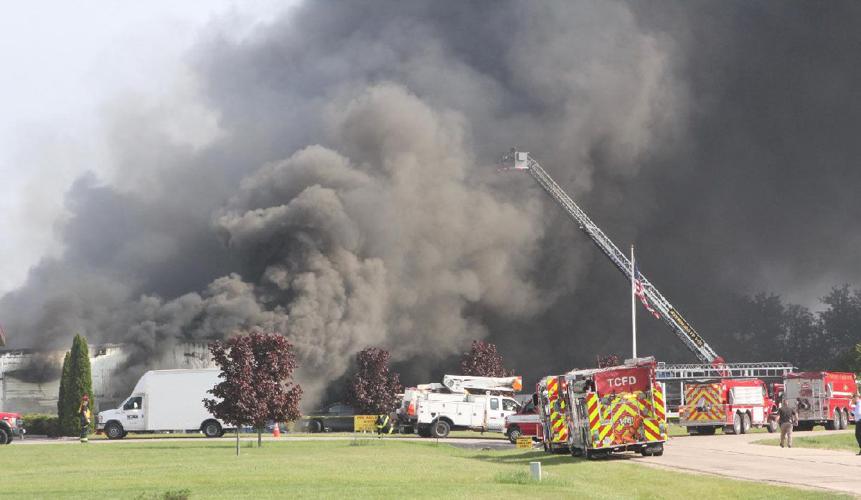 Area fire departments assist in fighting the blaze at Summerset Marine Construction in Eagle on the morning of Thursday, May 19, 2022. 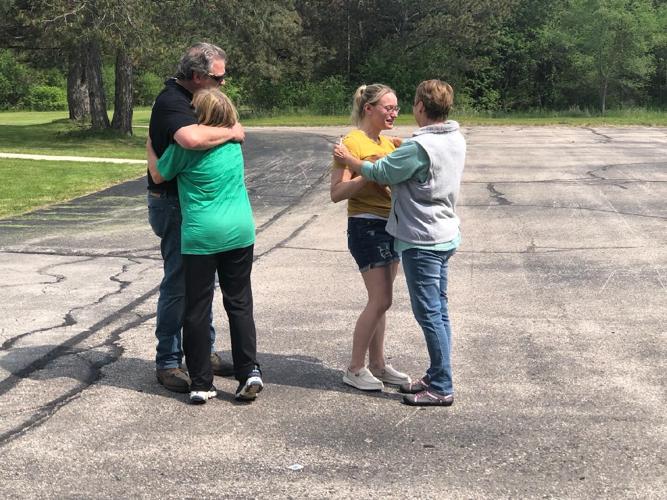 Linda and Rick Rossetti embrace and their daughter, Chanin Winstra, gets a hug from Eagle Town Supervisor Judy Rozinski as Rozinski informs them that she has heard that all are accounted for following a fire at Summerset Marine Construction this morning. The Rossettis were awaiting word on the status of Chanin’s husband, Steven, an employee at Summerset. 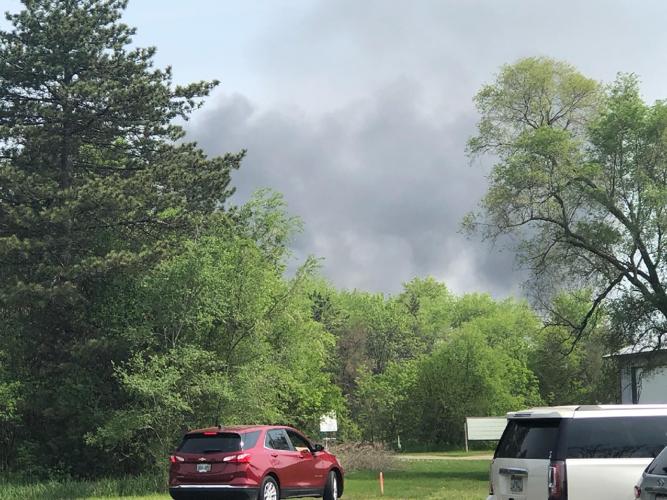 Smoke fills the sky near the Eagle Municipal Building on Thursday after a fire at Summerset Marine Construction.

Multiple area fire departments were called in to assist in fighting the fire that broke out following the explosion.

The fire continued to burn into the afternoon as firefighters worked on extinguishing flames.

At the time of the explosion, there were 24 people in the building.

With diesel and liquid petroleum inside the burning building, multiple explosions continued for about 30 minutes after firefighters arrived, officials said. Because the metal building on fire was in danger of collapsing, firefighters attacked the flames from the exterior.

The students at Eagle Elementary School were evacuated to Palmyra-Eagle High/Middle School. Class was dismissed for the day, and all elementary students were released to their guardians.

Judy Rozinski, Eagle Board Supervisor, heard second-hand that everyone made it out alive and one man is in the hospital with his family.

Stay up-to-date on all the latest Waukesha County news with a print subscription to The Freeman: https://bit.ly/freeman_sub

Steve Deegan, Eagle Department of Public Works, was in a facility nearby the explosion. Deegan told The Freeman he is running all water pumps.

“All pumps are running and its going down (the water),” Deegan said.

He added he pumping 1,000 gallons per minute and “and I’m not keeping up.”

Deegan felt the explosion around 7:45 a.m. on Thursday.

“I heard a big explosion and it scared the crap out me,” Deegan said.

Deegan’s wife who lives on Main Street also felt the explosion and caused their dog to bark, according to Deegan.

Summerset Marine Construction provides a range of lakefront services to customers in southeastern Wisconsin. According to their website, Summerset is the largest pier and lift dealer in Wisconsin, serving clients from Madison to Milwaukee.

Reporters for The Freeman are currently on the scene. We will continue to provide updates on this developing story.