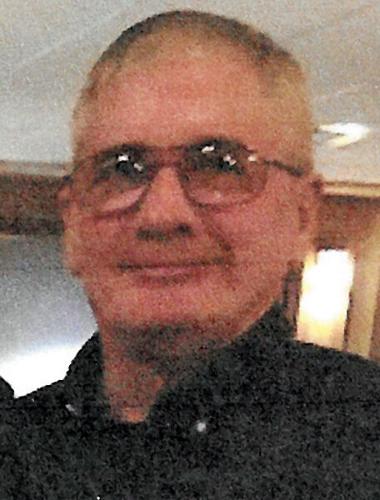 Dan was born in West Allis to Douglas and Marian (Backhaus) White on January 8, 1951. He attended Beechwood Elementary and graduated from Kewaskum High School in 1969. Dan worked various jobs before and after enlisting in the U.S. Army, serving two tours of duty in Vietnam where he earned the Bronze Star. He married Susan Norman in May 1977 and together they had two daughters. On September 23, 1989, he was united in marriage to Jean Dahlke in Milwaukee. Prior to, and during their married life in Waukesha, Dan served as a State Fair Park officer and a parks officer with the Waukesha County Sheriff’s Department. He was also a Town of Pewaukee police officer.

After moving to Fond du Lac, he worked several jobs for two years before starting a career in OTR trucking. Dan retired from Ottery Transportation a few years ago. He then began volunteering with the Military Veterans Museum in Oshkosh in 2017, where he found more friends to share their veterans' stories.

Those surviving Dan are his wife, Jean, and children Melissa (Colin) Choby, Angela White, Evan (Melanie) White, Christopher (Gabrielle) White and Sean White. He was Grandpa to Madelynn, Kendall, Isabella, Charlotte, Penelope, Emma and Brooks. Also surviving him are his mother, Marian; siblings Sue (Jim) Buechel, Karen (John) Norman and Randy White; father- and mother-in-law, Jerry and Janice Dahlke; and brothers-and sister-in-law. He is also remembered by many other relatives, friends and neighbors, and their families.

He was preceded in death by his father, Douglas, and four siblings in infancy.

The family would like to thank the staffs at Crossroads Care Center and St. Croix Hospice for their care and compassion, and Fr Edward from Holy Family Parish for his comforting visits.

In lieu of flowers, donations in memory of Dan can be made to the Military Veterans Museum in Oshkosh.

Kurki Funeral Chapel & Crematory, 920-921-4420, is serving the family. The online guestbook can be found at www.kurkifuneralchapel.com.

For Washington and Ozaukee obituaries earlier than 2020, please click here.