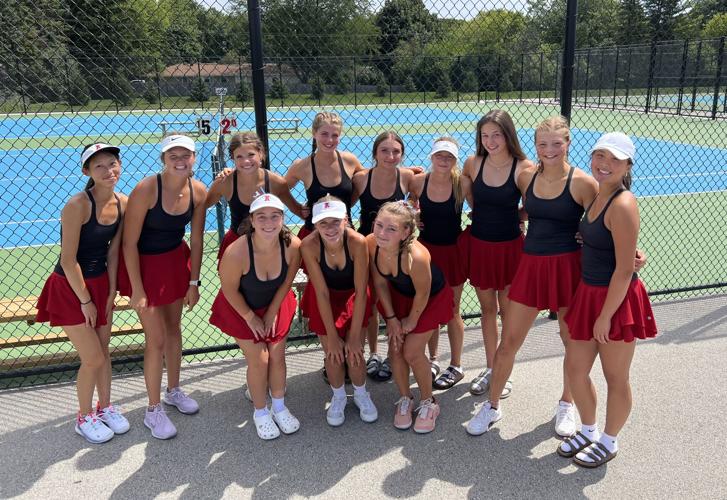 Members of the Arrowhead girls tennis team pose after finishing second at the Lancers Invite on Wednesday at Brookfield Central. 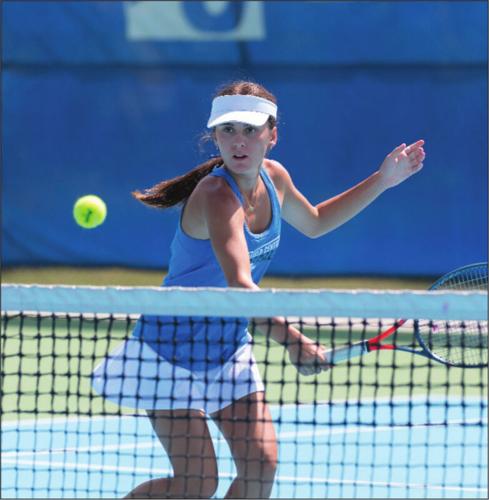 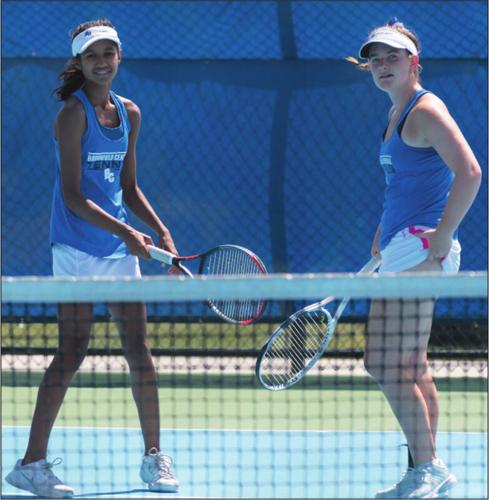 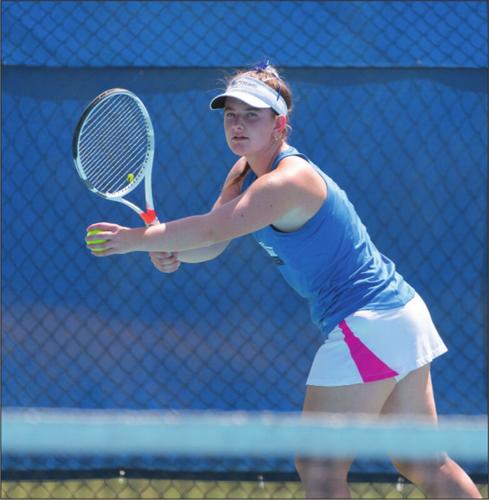 Members of the Arrowhead girls tennis team pose after finishing second at the Lancers Invite on Wednesday at Brookfield Central.

There have been a bevy of near misses, such as the last three seasons when the Warhawks were either second or third at sectionals. While those finishes have been respectable, the standard at a school like Arrowhead is typically state or bust.

Perhaps the 2022 Warhawks are set to end that drought.

Arrowhead, ranked No. 1 in the first Wisconsin High School Tennis Coaches Association poll of the year, showed why on Tuesday and Wednesday.

While Arrowhead would have loved to leave Brookfield with a title, the Warhawks felt awfully good about where they’re headed considering the tournament included seven of the state’s top-10 teams.

“State is definitely the big goal for everyone,” said senior Jane Berglin, a standout doubles player. “It’s definitely in everyone’s head, I think.”

Senior Hannah Cady, who partners with Berglin at No. 1 doubles, agreed with her teammate.

“Our team’s gotten off to a great start,” Cady said. “We have a lot of young talent and the chemistry has been really good. So I think we’ve got a great chance at making it to state.”

That was evident during the two-day Brookfield Central Invite.

Arrowhead began the tournament with a 7-0 win over Waukesha South on Tuesday, then defeated Homestead, 5-2, later that same day. On Wednesday, the Warhawks rolled past defending state champion Neenah, 6-1, in the semifinals.

In the title match, Arrowhead met a Divine Savior Holy Angels team it had already defeated twice earlier in the season. So Warhawks coach Cindy Ziegler-Fritz mixed up her lineup to allow several girls to play in new spots.

“Since we had already beat (DSHA) twice, I let the singles girls play doubles and doubles girls play singles,” Ziegler-Fritz said. “The girls had so much fun with it.”

The Warhawks have had a world of fun in starting the season 12-1.

Senior Lexi Karge, who reached the individual state tournament last year, has been an anchor at No. 1 singles. Then, the Warhawks have gotten a huge lift from freshmen Sarah Neubert, Emily Muresan and Mekenna Verhagen — who are playing No. 2 through 4 in the lineup.

Neubert has jumped to a 10-3 start, while Muresan and Verhagen are a perfect 13-0.

“We have a lot of young talent,” Cady said. “The freshmen came in with really good energy and they’ve been a great addition to the team.”

Berglin and Cady — who are both captains — form one of the state’s elite doubles teams.

The duo, who have played together since they were 7 years old, went 29-4 last year and were the No. 2 seed at individual state. They were upset in the Round of 16, though, by a Kettle Moraine duo.

This year, Cady and Berglin want to advance much further at individual state — and make sure their team qualifies, as well.

“That was a tough loss and it definitely is still eating at us a little bit,” Berglin said. “But we’re just excited to have another chance to make it back. We’ve been playing together since the third or fourth grade, we’re really close friends and I think we can do great things.”

Ziegler-Fritz agreed. “Hannah and Jane have high hopes,” Ziegler-Fritz said. “They’re a very good team. They balance each other well.”

Arrowhead has terrific depth in its doubles lineup, as well.

“We’re deeper than we’ve been in a really long time,” Ziegler-Fritz said. “I think that’s the biggest difference right now between this team and some past teams is we’re really strong at every spot in the lineup.”

That — and a shake-up in the sectionals — could finally get Arrowhead over the hump when the playoffs arrive.

DSHA, which has been a thorn in the Warhawks’ side in recent postseasons, has been moved to a different sectional. That, combined with Arrowhead fielding its best team in several years, could mean big things are in store for these Warhawks.

“Every one of my four years has been fun,” she said. “But going to (team) state would be amazing. I’m very excited.”